When I use Shadowing beyond + backstab + Flame of Devotion FoD (edit), there is no +100 % in the list of effects.

Not the case for smoke veil for the information.

Like you see : I have the bonus of assassinate but not the backstab bonus (and it is clearly the same trigger = stealth or invisible) 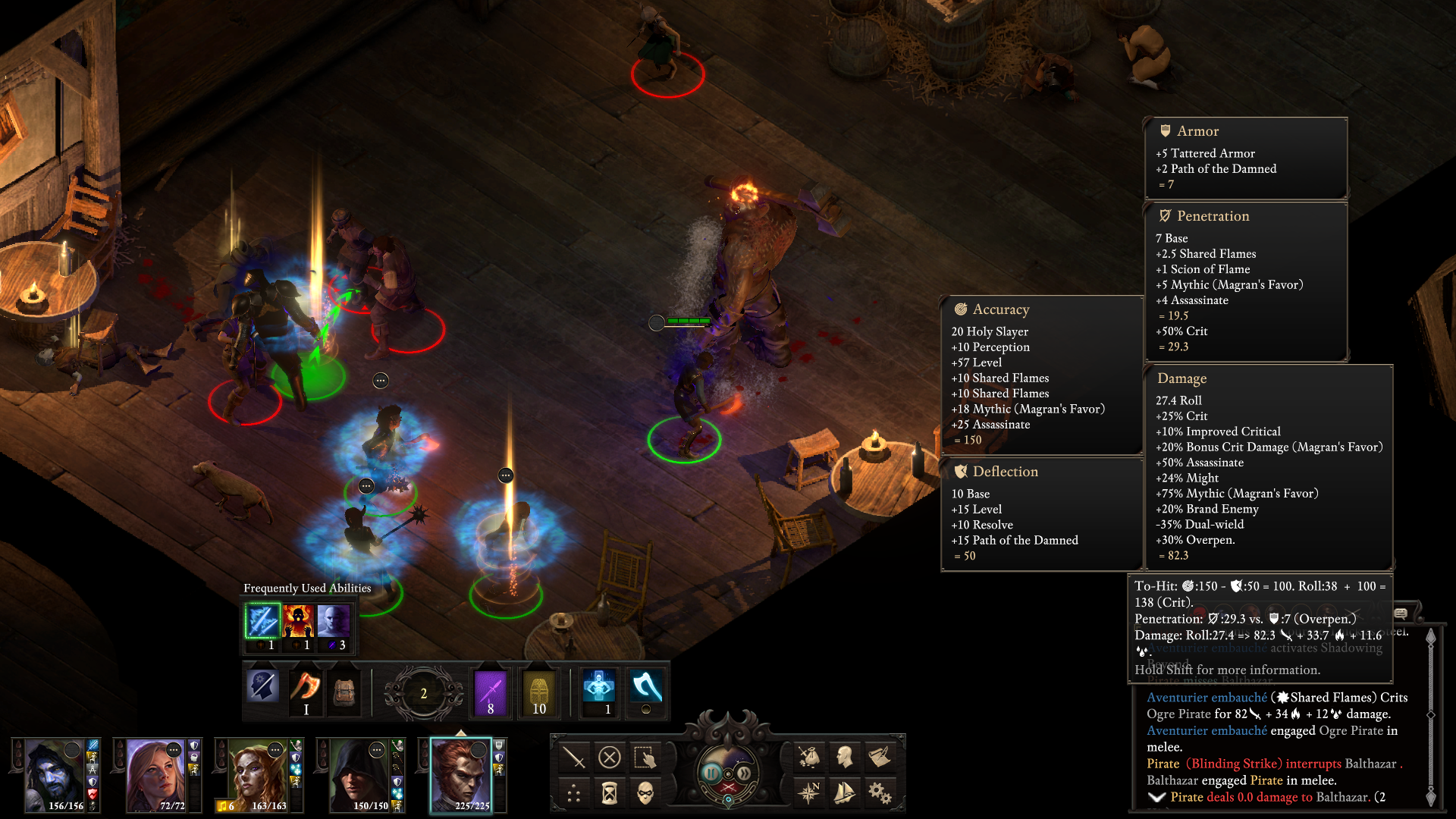