Even though the latest beta build had this among its listed fixes:

It appears that the ogre form from Form of the Fearsome Brute still suffers from the issue.

Also notice how the ogre club is not displaying at all in his hands; the same is true in-game.

And to nitpick: The transformation was done with a female character, but she still got the male ogre model.

Last but not least—the ogre's armor has +100% recovery penalty for a measly 6 AR. That's not even medium armor and it's got the old penalty (pre-update 1) for heavy armor. Something's not right there. 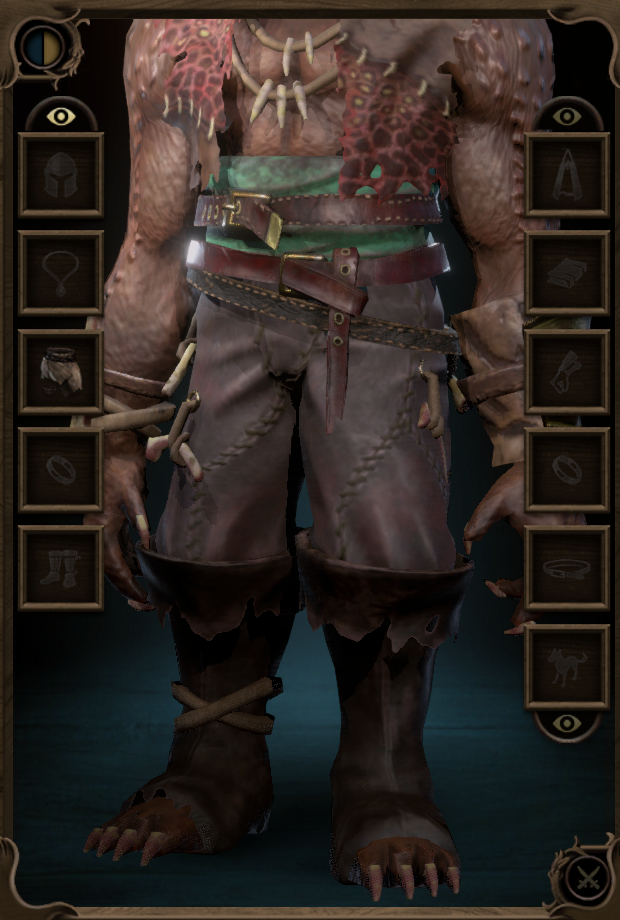