Volume of Grubs Moving Underground Is Too Loud 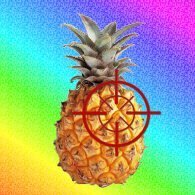 By Deadshot Colada,
August 30, 2020 in Grounded: Feedback and Suggestions