I want to thank you all for taking the time to read this. I usually prefer that other team members make posts because they can go into details on long awaited features. Instead, you get me who gets to share a bit of how timing affects what releases and when. I am even sometimes right!

We have Deck 6 coming out very soon. We are trying to make sure that it comes out prior to any holiday breaks and we have some additional cards and features we are trying to come out with it as well.

For example, there will be some Store upgrades so that people can check out... 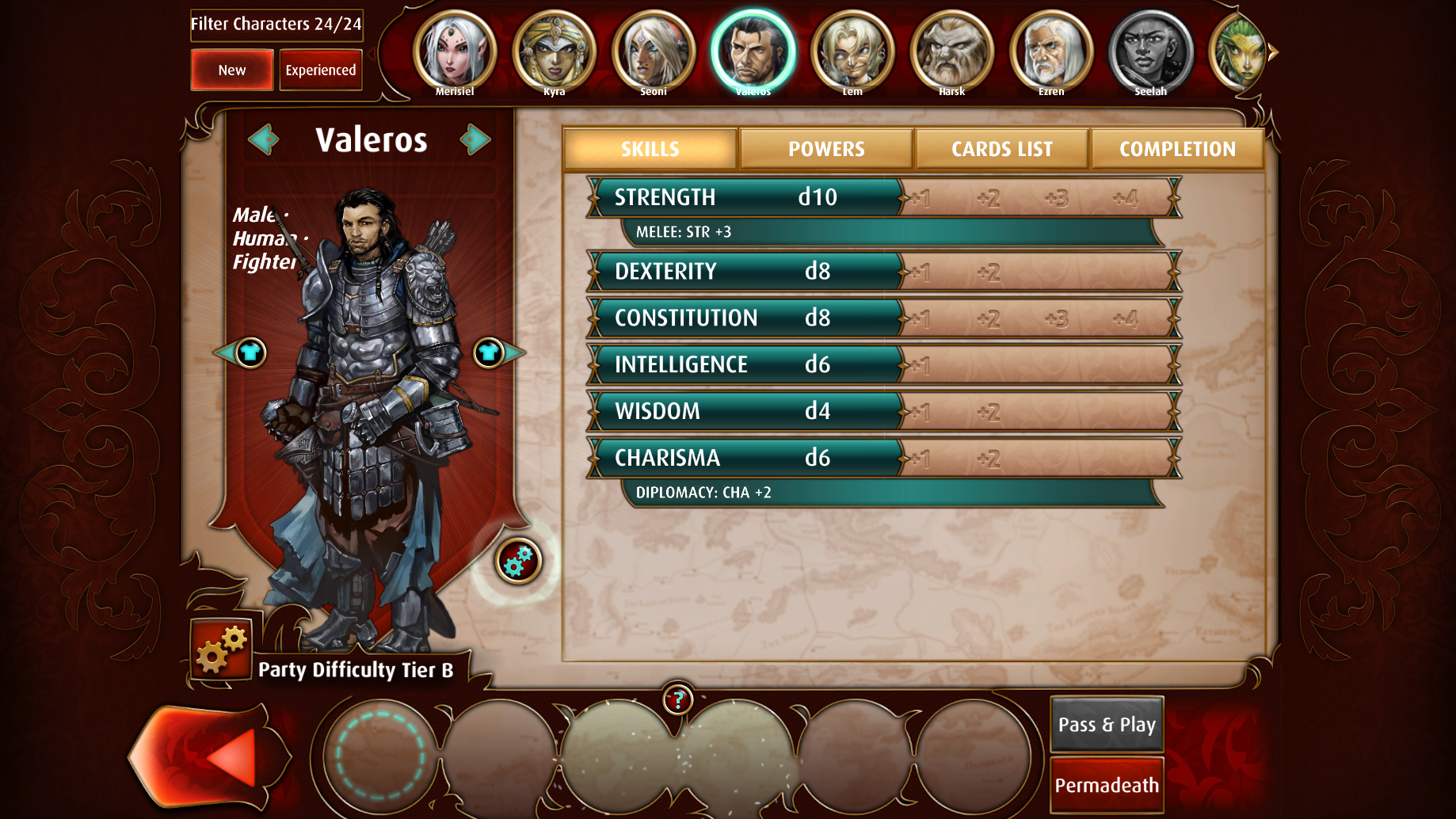 Valeros! This WIP has a very armored alternate Valeros. One of eleven new Alts.

We are working on assigning dice on that screen too because the current implementation isn't as intuitive as we would like.

Some weekly and monthly challenges are incoming. The monthly's will have increasingly valuable staged rewards so that after you finish five you get a reward, then ten, fifteen, etc. Up until you hit the max, which we have at 25 right now. If you wanted to blaze through them all in a day or two, you can.

You might ask, "Flounder, we don't care about that stuff. What about Thessalonion Sins and my missing roles?!" and I would say, "Thessalonion Sins can eat a bag of... chips." We are diligently working on the issues people are experiencing in 5-4. It has been a chain reaction of events internally that have been holding off a fix. We fix one problem and another appears because of the fix. We fix that then a completely different issue arises.

As you know, there are a bunch of special cases in the card game that are a programmatic nightmare on our end but this is a high priority for us.

We have the Roles thing fixed internally so that if there is no reward to select it skips that whole sequence. That will be out on the next release we put out publicly. In the future, we will be doing audits of characters for missing rewards so that this issue will not be able to happen.

I am pretty sure that everyone noticed that the wait time from releasing decks 4 to 5 was much quicker than decks 3 to 4. We were trying to do too much at a time with what resources we had. The price we had to pay was strictly working on the deck/story content and hold off on Quest Mode content and Multiplayer.

The Pathfinder Adventures team is ten people strong (we were at eleven but George decided Canada was where he wanted to be instead of sunny California. Best wishes to him!) and three of them are dedicated to Quality Assurance. Trying to split up the resources by even one or two persons causes a huge loss of traction on the features we are working on.

Quest Mode is basically a whole new version of Pathfinder and it was killing QA because of all the new deck cards that were coming in. Any early adopters knows that Quest Mode had some really dark times and that was because we were trying to keep parity with Story Mode. Throw in a phone version of the game and it was a one way ticket to Bad Place Poopy Town.

So, Quest Mode will be revisited after Deck 6 and potentially before PC release. It might be changed into more campaigns that are considered in-between decks and even some post Deck 6 stories leading up to a possible expansion, or we might invest some serious amount of time to make it as good as we want it to be, OR it could just go bye-bye (the option we dread the most). Its TBD but we wanted to at least address the issue.

Multiplayer is in the same boat but is even more difficult than Quest Mode. We have that button poking us in the ribs every time we launch the game. "Coming Soon" is not really soon enough and we are going to remove that button until we decide if we can do the feature real justice. There was a short-lived (and not very funny) joke that we should fade out the button by 25% for every deck we released that didn't have multiplayer. I'm glad we didn't.

"Gee Flounder, you suck and are full of bad news!" "Back off or the banana gets it!"

I am on a team full of very talented people and am continually impressed at the amount of work that has been done on the game. We are going to deliver more content and platforms and hopefully make you all pleased to have played another Obsidian game.

We've had some rough patches (literally) but please know that the Pathfinder Adventures team is focused on making the best game possible for you, our fans, our friends.

P.S This was a placement setup picture for a Deck 4 pre-release post with hidden messages and everything. 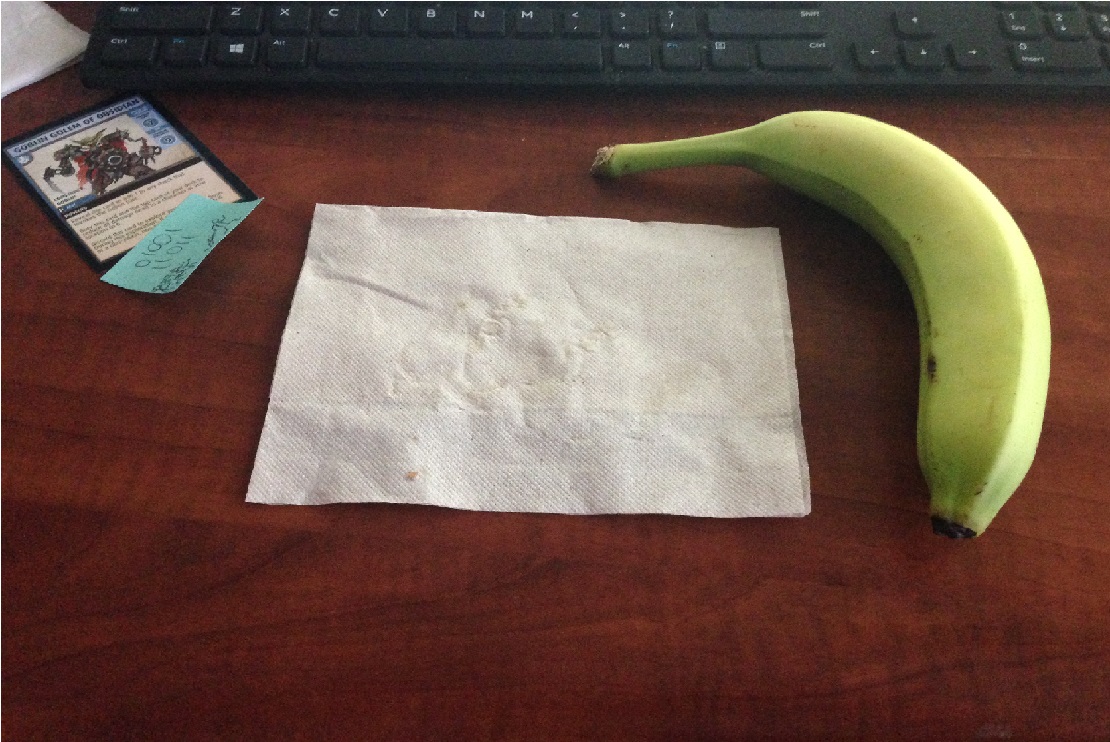 P.P.S. Would an Alt Goblin character named "Banana" or something satisfy your bundle needs?