WHAT TO ADD NEW IN UPDATES? (LET'S MOVE THIS TOPIC) 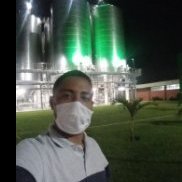 By natanaelneto21,
January 28 in Grounded: Feedback and Suggestions