[Bug?] Not getting bonus damage from high Armor Penetration? 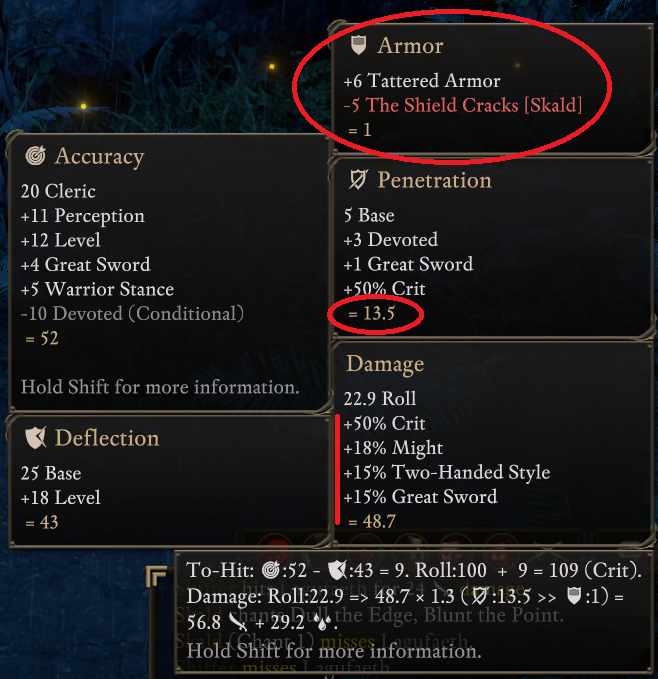 Wasn't I supposed to get 30% bonus damage for having more than twice as much penetration as my foe had armor rating?

21 answers to this question