I know there are assets missing, but when I initially started the game, everything was... pink. For example, this what the character creation screen looked like: 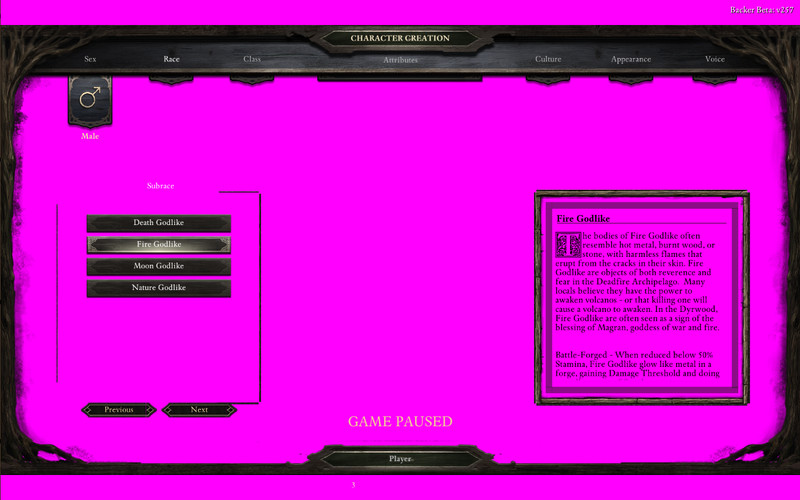 The same thing occurred in the options screen, and during the initial load. The whole screen just went pink.

After restarting, assets were loaded properly.

There are no doors in Jefferson that are "special game locked" doors. There are no characters in that game that you can kill that will result in the game ending prematurely.