Xbox One - Not Loading Save File - My Love Letter to Obsidian 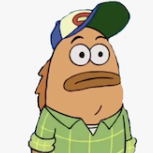