The latest patch seems to have introduced a myriad issues with the Behavior Editor subwindows in the game, making it impossible to customize any aspect of AI behavior through them.

What happens is as follows:

-Bringing up conditions or ability triggers in the Behavior Editor brings up the subwindows as it should, however, they are 100% uninteractable, clicking anything in them (even the "cancel button) does absolutely nothing - the only way to close them is pressing "Esc".

-Additionally, clicking anywhere where there should be another trigger for bringing up conditions or ability triggers will spawn duplicate subwindows, which can only be closed by pressing "Esc".

The following images should help describe what happens more accurately: 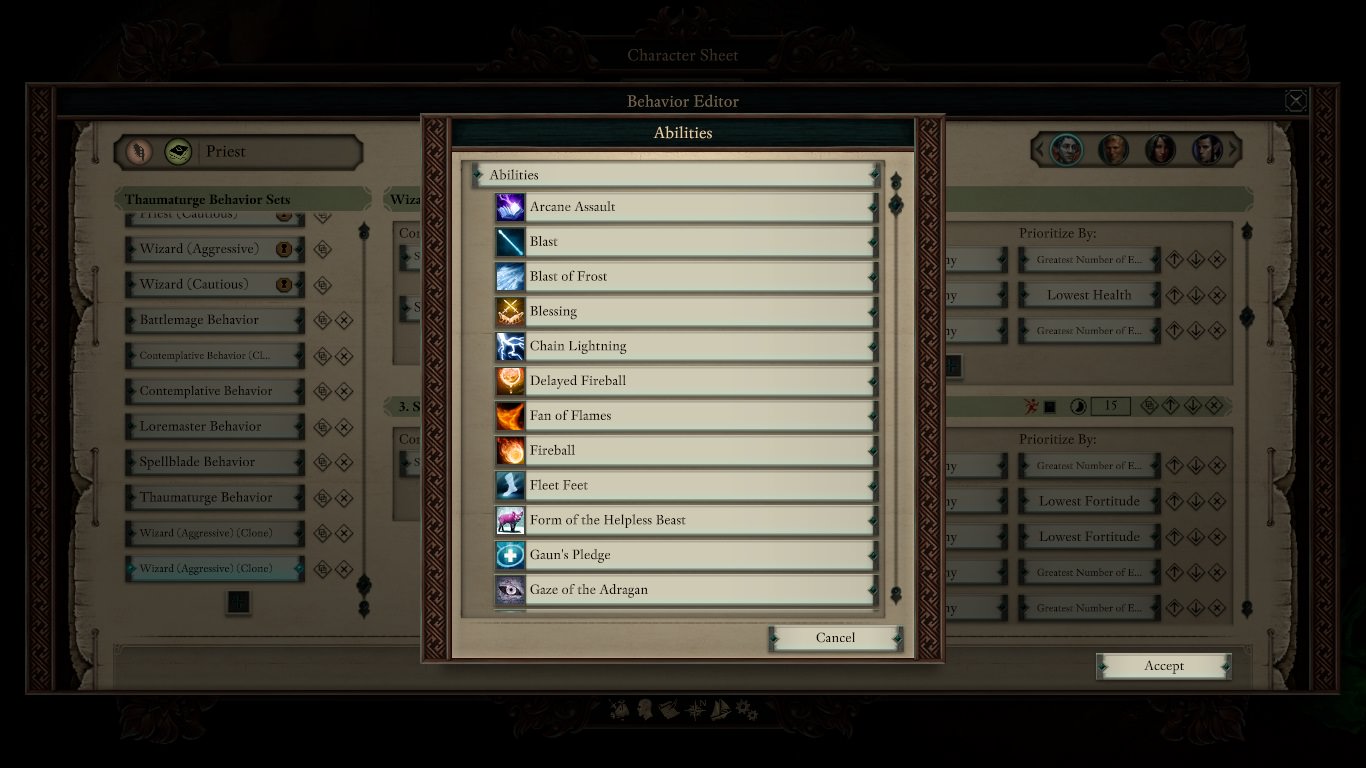 - One cannot interact in any way with this subwindow, not even mousescrolling works, additionally, clicking anywhere in the screen where there would be another subwindow spawn will result the following: 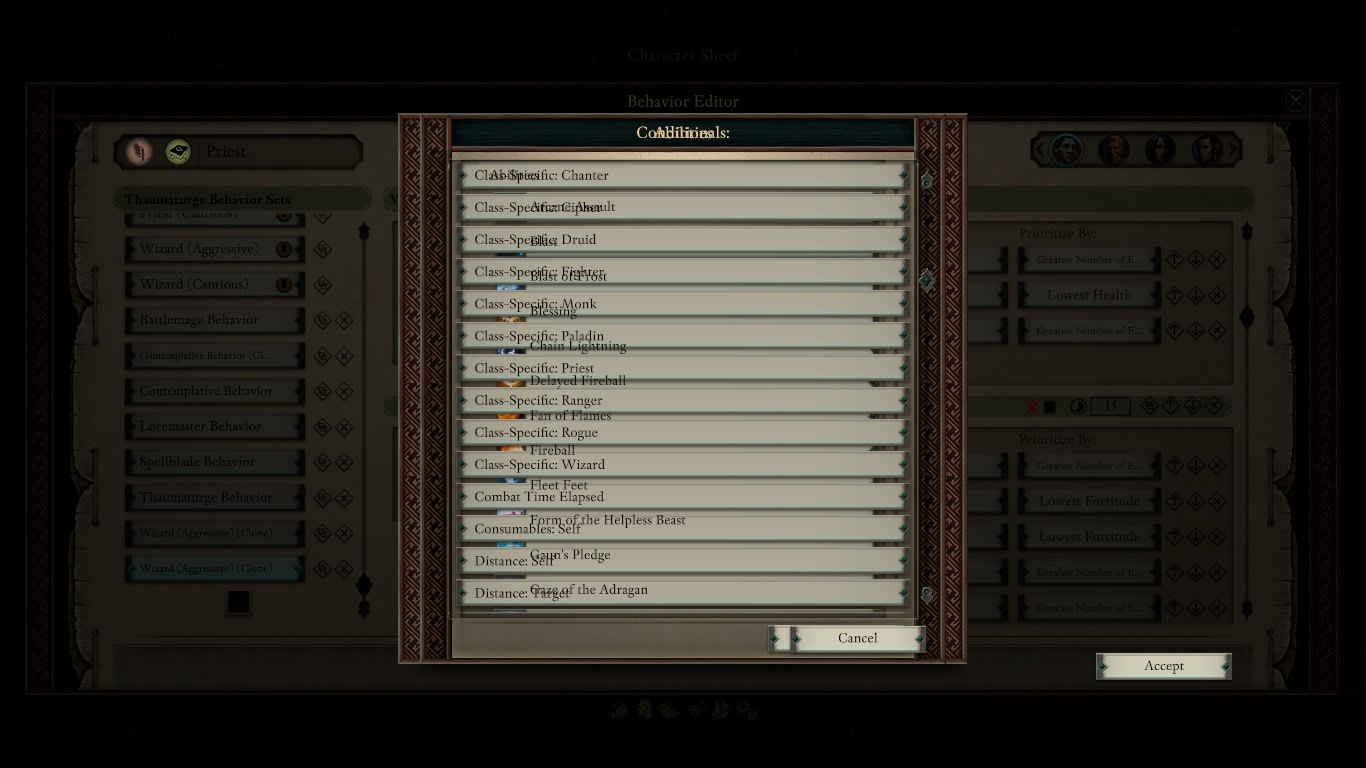 -Which results in two or more overlapping, uninteractable subwindows which won't go away in any manner aside from Escing.

This bug was tested, reported and reproduced in both the Beta and Live versions of Patch 1.2, no mods installed, on a clean installation of the game. Verifying the game installation showed no issues, and reinstalling did not fix it either.