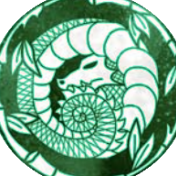 At the cliffs where you encounter another adventuring party and can attempt to retreive a dragons egg for the herbalist level geometry is causing serious pathing issues.

The ramp up to the egg location has gotten both BB Fighter stuck as well as some of the enemy party members. In one attempt with this encounter I tried to use the spiders you get from the statue and those would repeatedly warp around and teleport back to their original position when ordered around in this area.

My MC Cypher got stuck on the west side of the entrance when I was trying a bottlenecking tactic, in that same encounter attempt only one of the enemies actually got to the bottleneck the rest seemed to be unable or unwilling to join in.

Just walk around or fight in the Cliffs Terrain.

Actors should not get stuck on, glitch through or teleport around when attempting to navigate simple non blocking terrain.

In this screenshot my BB Fighter is stuck on the ramp after retreiving the egg. Scouting mode also gives a good indication something weird is going on with the character considering the distance between the feet and the visibility/alert indicator.