A discussion about Mutations 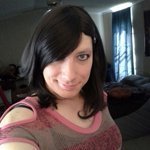 By Sylvia Rose,
September 1, 2020 in Grounded: Feedback and Suggestions

Most useful Mutations you use regularly?