Considering the hefty age of this title for the moment and ITS STATE OF BUGGING the upshot isn't much consolatory, still hoping for nothing much I dare to post out my issue.

I found myself dramatically unable to roll the dice just in the middle of the beginning of the campaign. The task is to discard the card which upon completion is leading to the dice roll popping up, which appears to dingle frozen and doesn't react on any mouse actions. Instead, it may also draw a random card which will after appear from every single corner of the screen obnoxiously following by the mouse pointer. When I tried to call for the options menu and proceed to the treasure chests, among of the other options, the desktop refreshes somehow so once upon the return to the cards I need to proceed with the discarding over again, which leads to same dead freezing.

I wonder have the devs had abandoned this title forever?   if somebody can help me?

Thank you in advance, 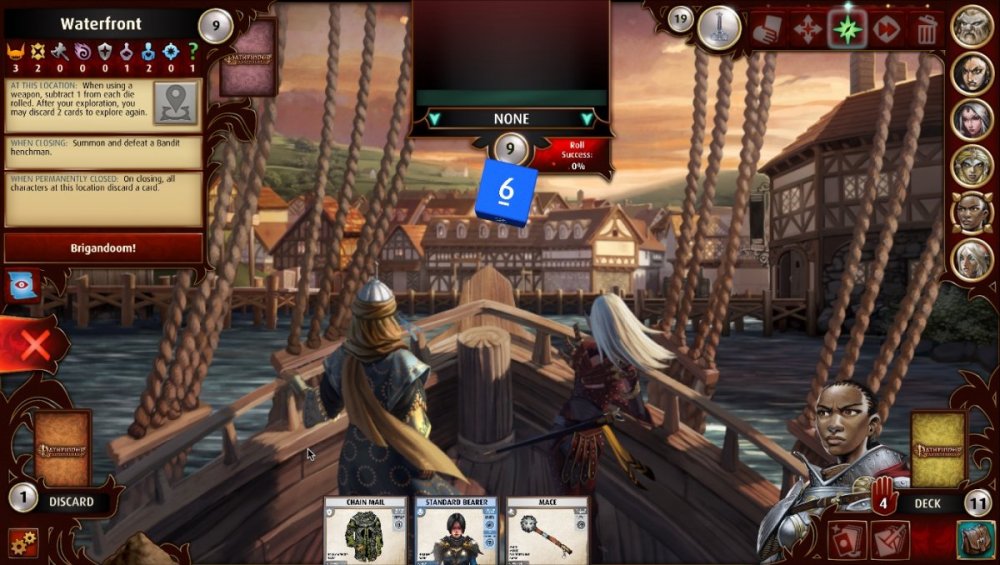