The negative effect of targeting native 4K on Xbox One X 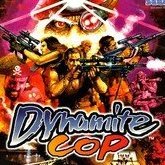 By DynamiteCop!,
October 25, 2019 in The Outer Worlds: General Discussion (NO SPOILERS)