POTD Build for a "new" player 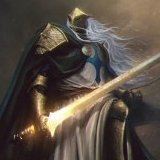