Paladins auras stay active even after removing paladin from party 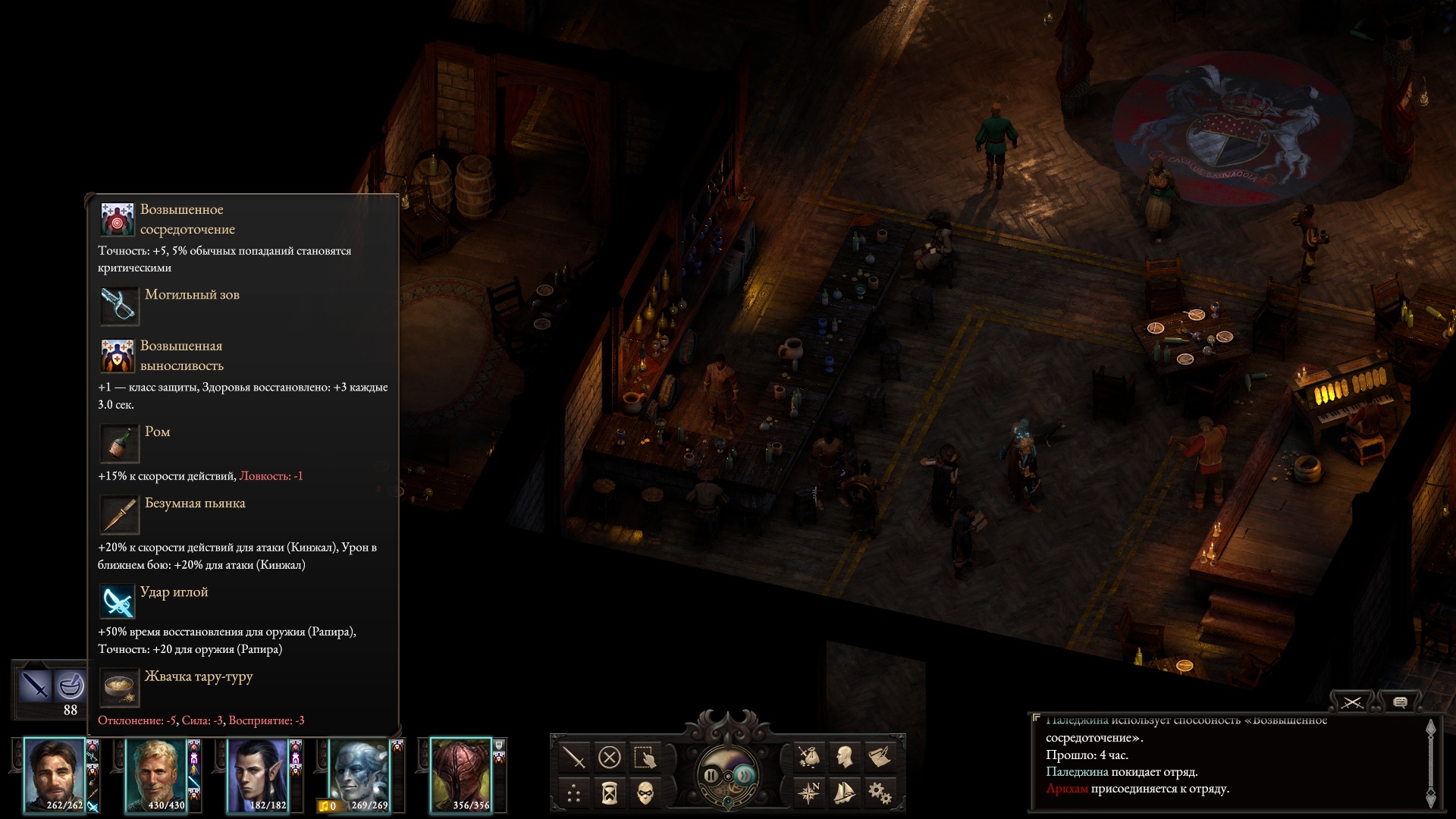 As you can see on screenshot party is affected by 2 paladin auras with only 1 paladin in the group, when i remove hired paladin his Exalted Endurance stays active on protagonist (also stays active on Pallegina that wasnt part of the party the moment 1st screenshot was taken, but she was affected by Exalted Endurance of the same mercenary previously). Note that aura dissappeared from companions (but not Watcher) and stayed on Pallegina. If i remove Pallegina then Watcher, Aloth and Eder (but not Tekehu) will still have Exalted Focus active. Save link below.
Edit : Also Watcher has Grave Calling effect in UI and in character sheet active effects list even with the sabre being in the stash (not even inventory) just like Eccea's arcane blaster that stays active and doubles any projectiles affected character launches.
https://drive.google.com/open?id=1JWgTX6U8W5BR4A4vs-hIrtjoVfWNUuoX 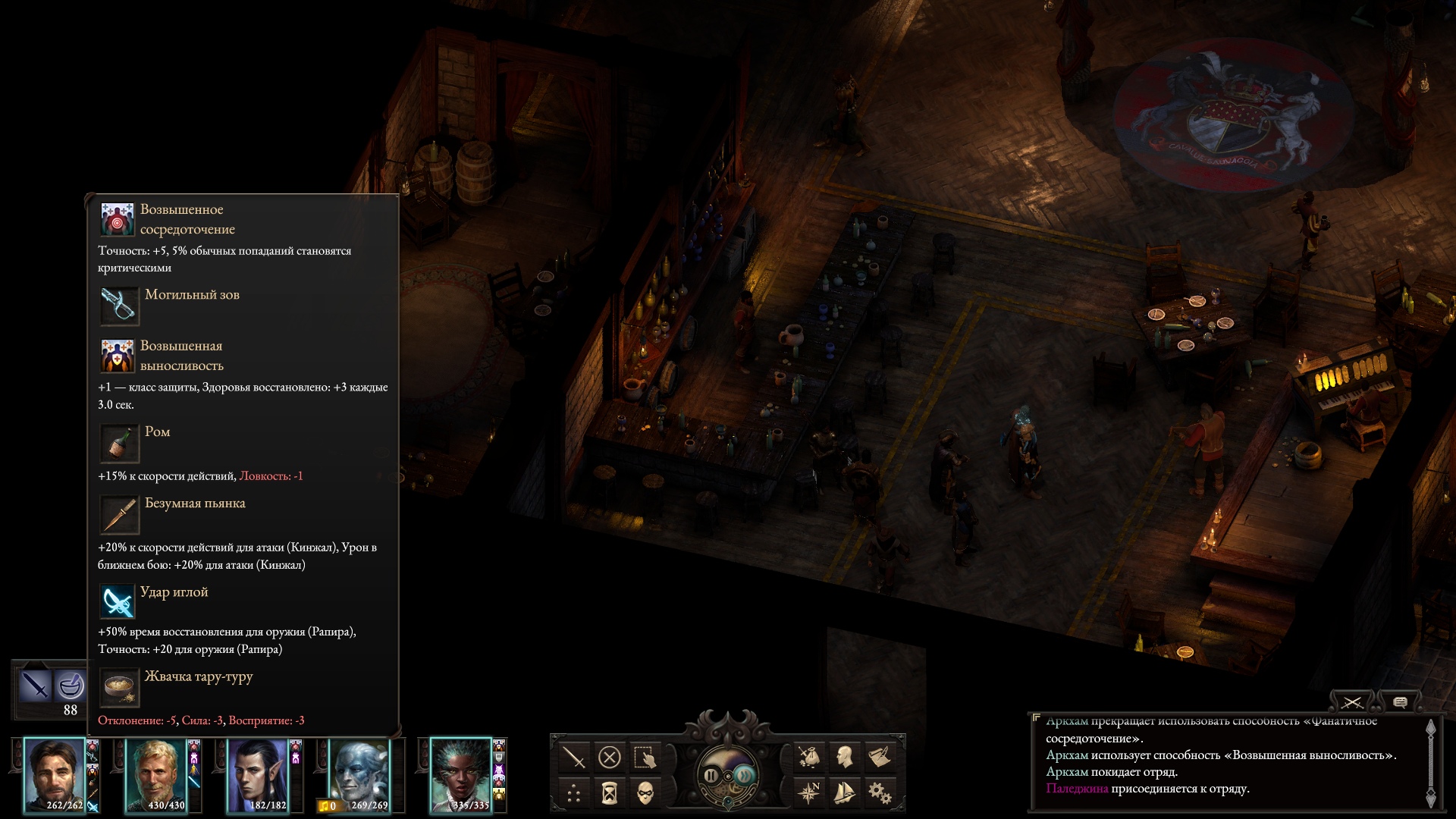