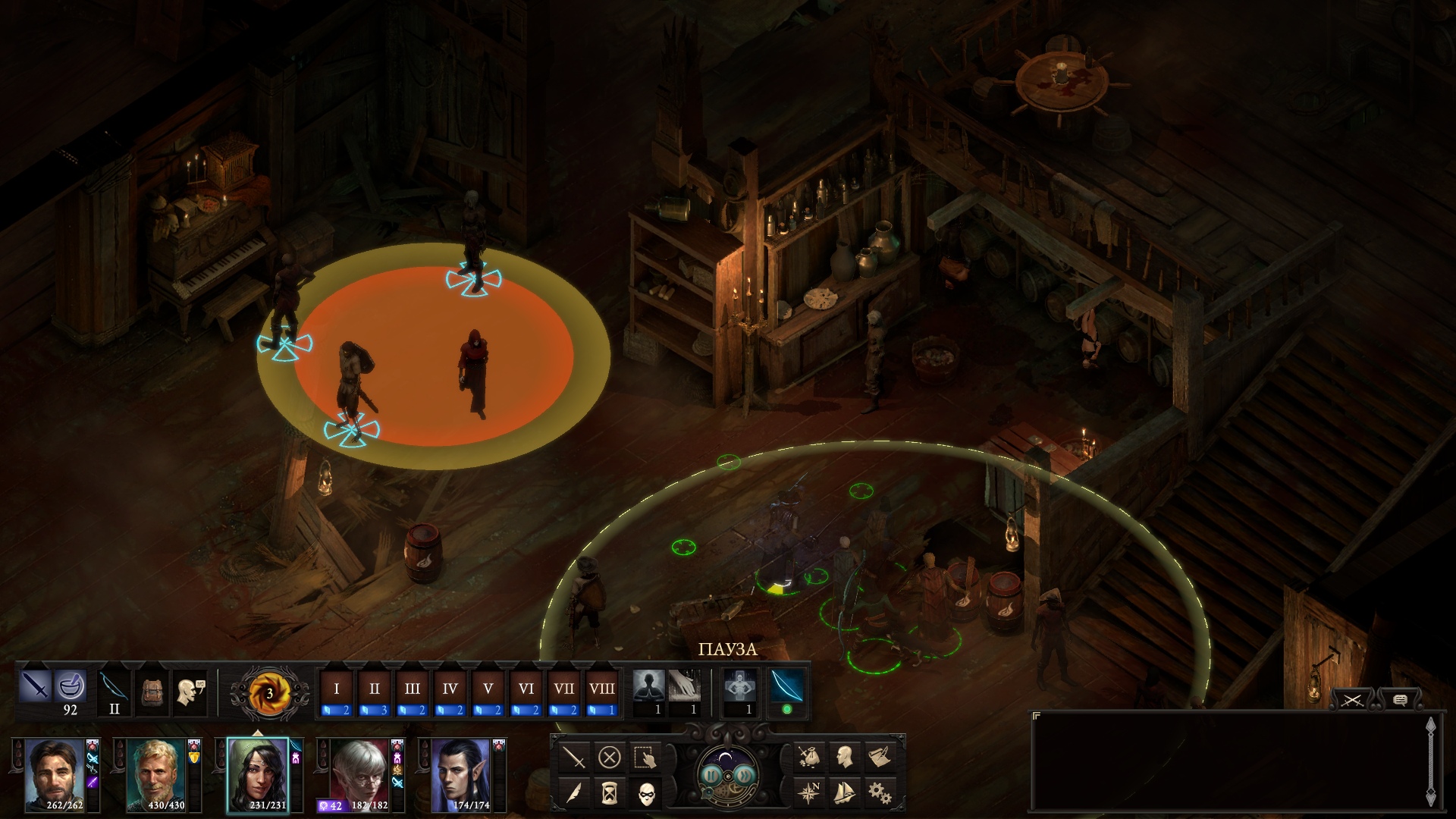 As you can see on the screenshot taken prior to combat Xoti's Dismissal targets every undead in AoE except for Fampyr (same thing happened minutes ago during first encounter with local inhabitants, pointing out that this Fampyr named Zulka is not some kind of boss that should not be affected by spell, diary says that Fampyrs are lvl 8 creatures therefore lvl 18 Xoti should pop em in industrial scales with that spell). Even if we assume that upscaled Fampyrs are equal or higher lvl than Xoti they still have to take true damage on cast.
https://drive.google.com/open?id=1eKsdraCyVicvBdj63TRfUN5YykekXPxY
^^ Save link
However on this next screenshot in combat log there is no entry for DIsmissal hittin (or missing => no entry of spell targeting that Fampyr) Zulka
In russian Zulkas name will look like Зулка written in blood red, as you can see there is no entry of Xoti performing anything  against her. 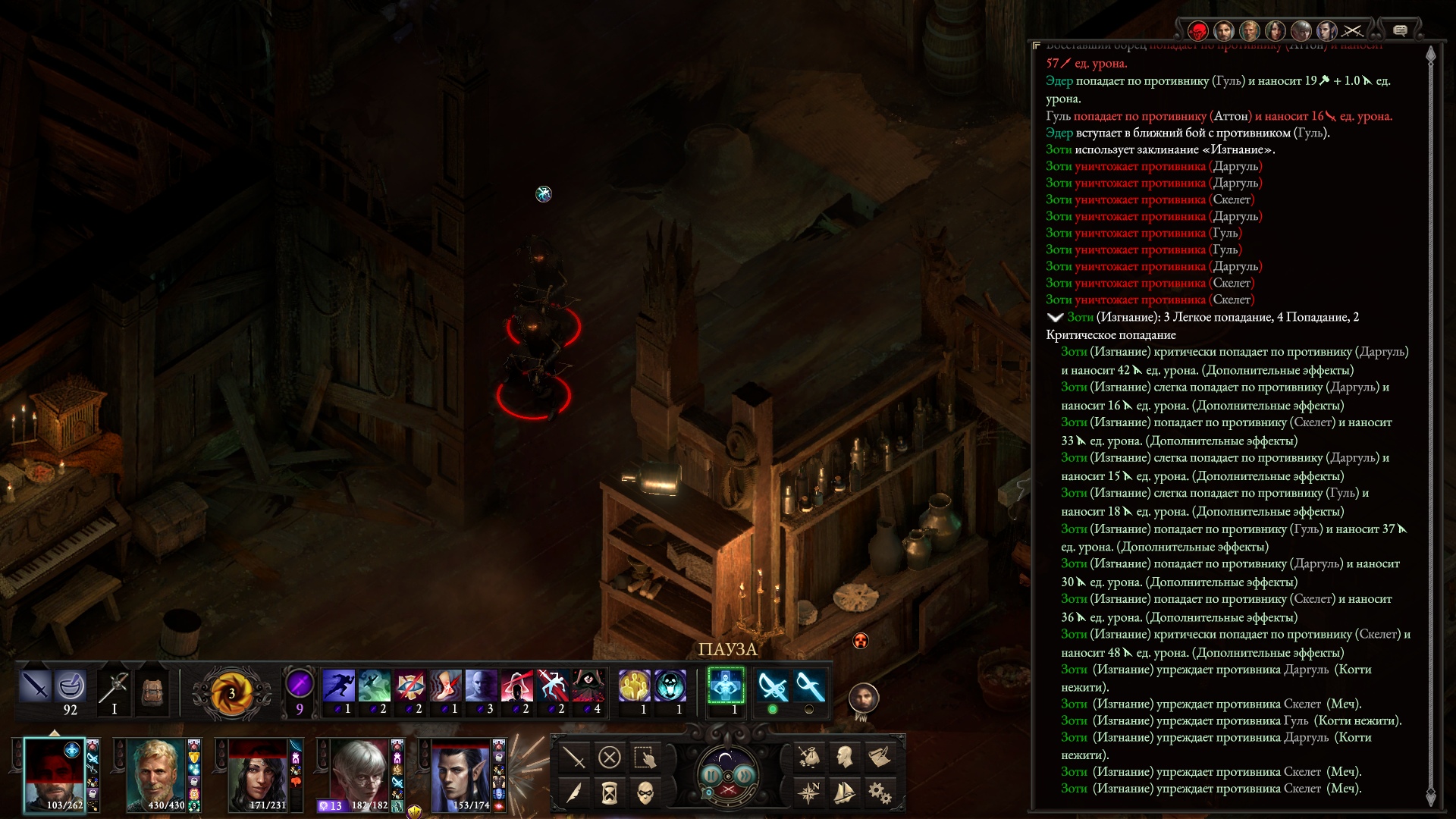