Medium Shield (Heater) from Xaurips not showing up 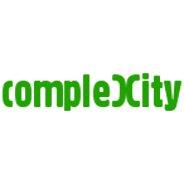 As the last posts in http://forums.obsidian.net/topic/84948-301-weapon-and-shield-keep-disappearing/ are no more related to the original thread heading, but are a bug on its own, and as the thread now has moved to page 2, I open a new thread with this specific topic, hoping it might be fixed by someone.

No console, no mods

Affected are all (so far) Medium Shields (Heater) that have been looted from Xaurips.

They show up on the dummy in inventory, the stats are listed, but out of inventory and back in the world, the character doesn't wield a shield visually.

That also applies to the Xaurips itself: no xaurip, no champion wields his shield.

According to the older thread I'm not alone with this. There were some tips to work around this bug, which I tried.

I tested with interactables not permanently highlighted, and an area change before equipping – the shield remains unvisible.

The same shields, found on Human Skeletons (or on Kith), work fine.