Bug: Longbow card persists in center of screen after undo and then is incorrectly discarded

Playing Black Fang's Dungeon in story mode. Merisel encounters an Ancient Skeleton henchman at the Warrens. She uses her Sneak Attack power by Recharging the Crowbar. Difficulty is 8. She then Reveals the Longbow, her only weapon. Big mistake. The difficulty jumps to 15, +3 per the ancient skeleton card, and +4 per the longbow card because the Longbow has Piercing. Realizing my mistake, I click the red X to undo this action. The difficulty goes back to eight and the crowbar goes back into my hand. However, the longbow stays in the center of the play area rather than returning to my hand.  I Discard the Crowbar (not Recharge this time) to Sneak Attack again and then just fight the skeleton using the difficulty of 8 with no weapon.  I kill the skeleton and close the location. However, at the end of the turn, the longbow still stays in the center of the screen.  Merisel draws up to her hand limit as if the longbow was not in her hand.

Next up is Valeros.  While being given a choice of beginning of turn actions, the longbow is still in the center of the screen. 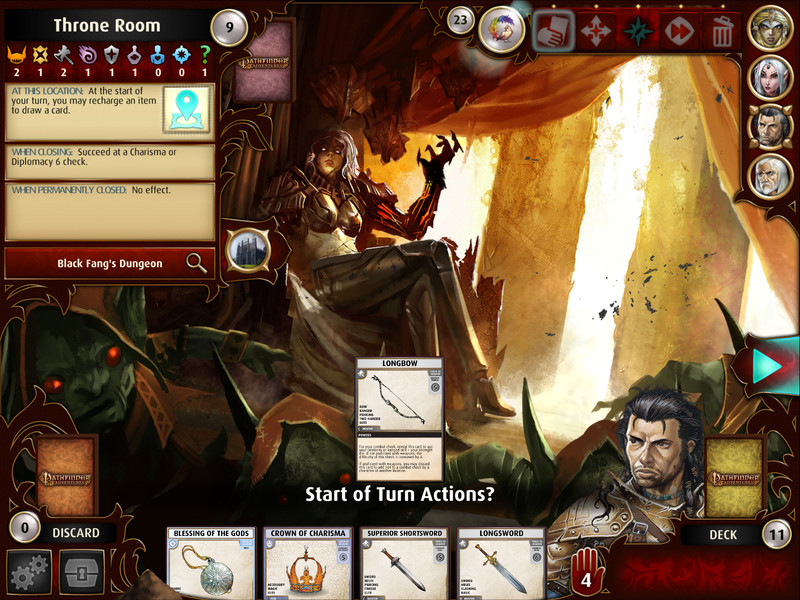 I decided not to do any beginning of turn actions. When I then  look at the overall map, the longbow is still in the center of the screen. 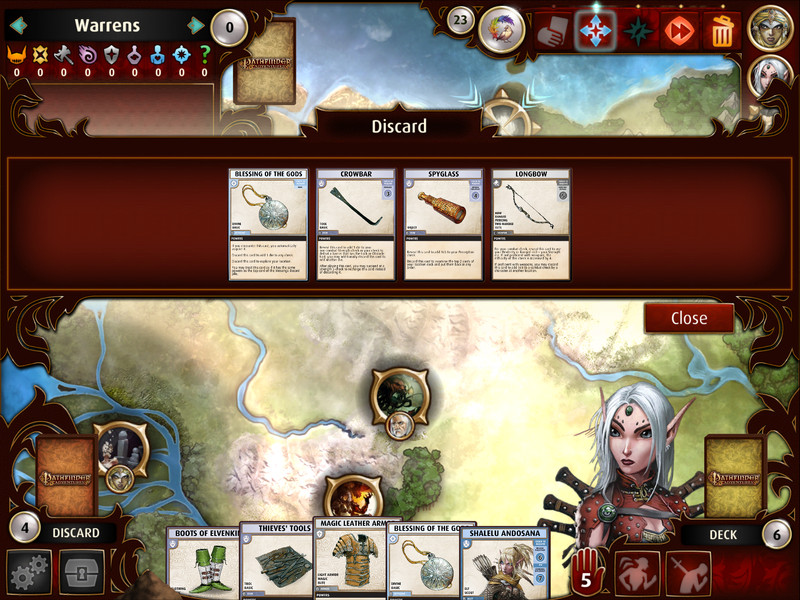