Please Change the Huck Function to be Contextual 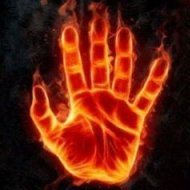 By KnightX13,
June 28 in Grounded: Feedback and Suggestions