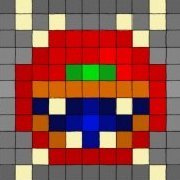 Seeing as neither spell has the ATTACK trait, why does casting either negate the use of the Mighty Fists?