FPS degradation and memory leak still not fixed in patch 2.1

Patch 2.1 did not fix the FPS degradation and memory leak. It's still as bad for me.

Below 40 fps and over 3GB ram usage after just 2 hours. 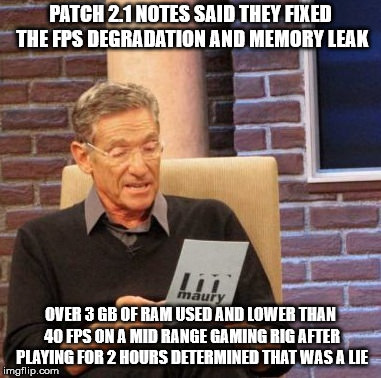