Deck 5 will be out very soon! That's right, Sins of the Saviors will be here!

It's got a few crazy scenarios with new mechanics like Rimeskull with the Sihedron Circle Location. This is what the location text from the physical card game says:

Unlike anything we've done so far! The good news is that you don't have to do any of that setup. I'm always trying to find the best thematic spots for locations on our scenario maps. This had a fairly direct representation in the pen and paper game. Check it! 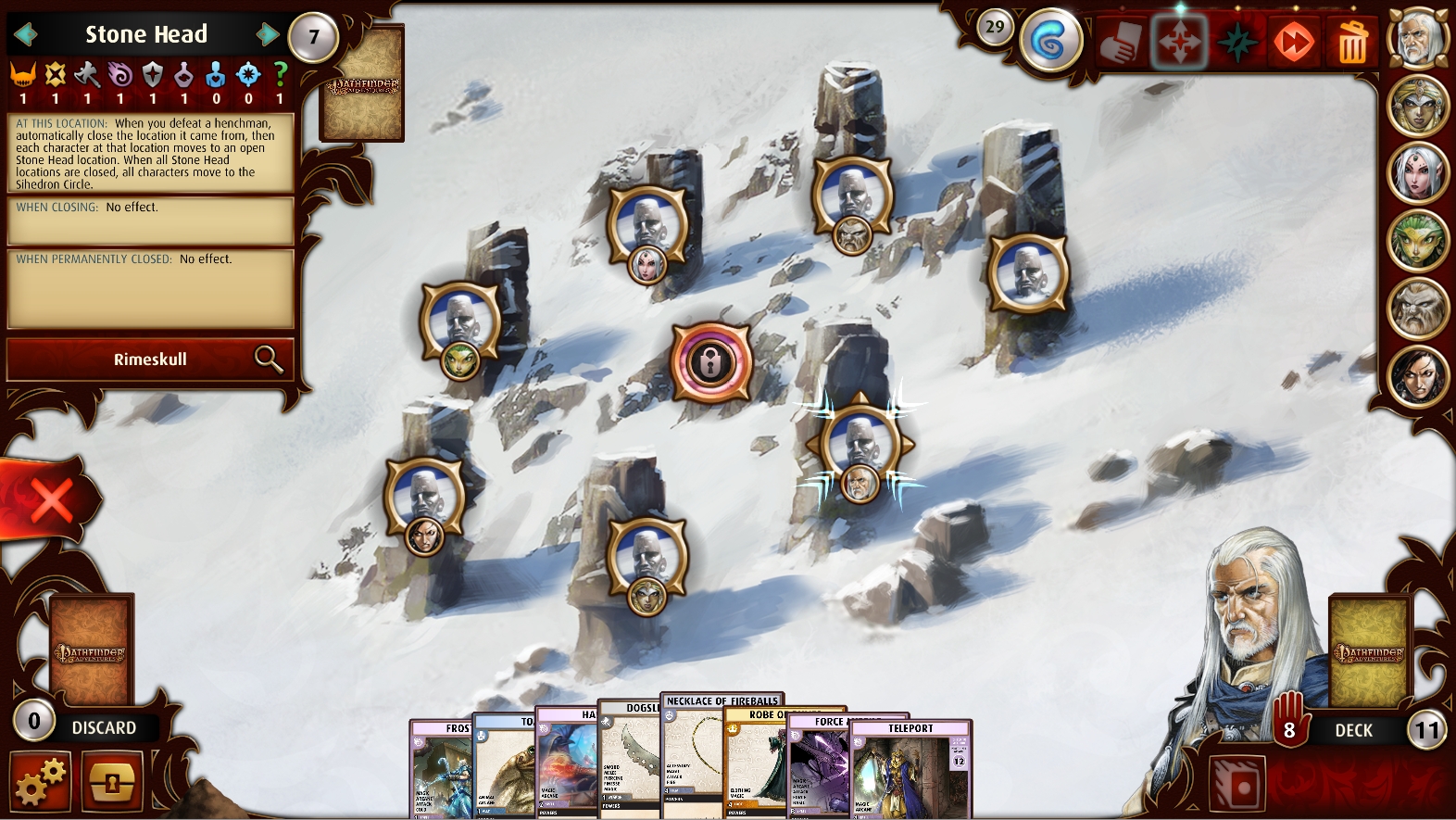 In the end you gotta face Arkrhyst in the middle with all hands on deck in an epic battle. No easy feat as the dragon hits everyone with a breath weapon before the combat even starts! 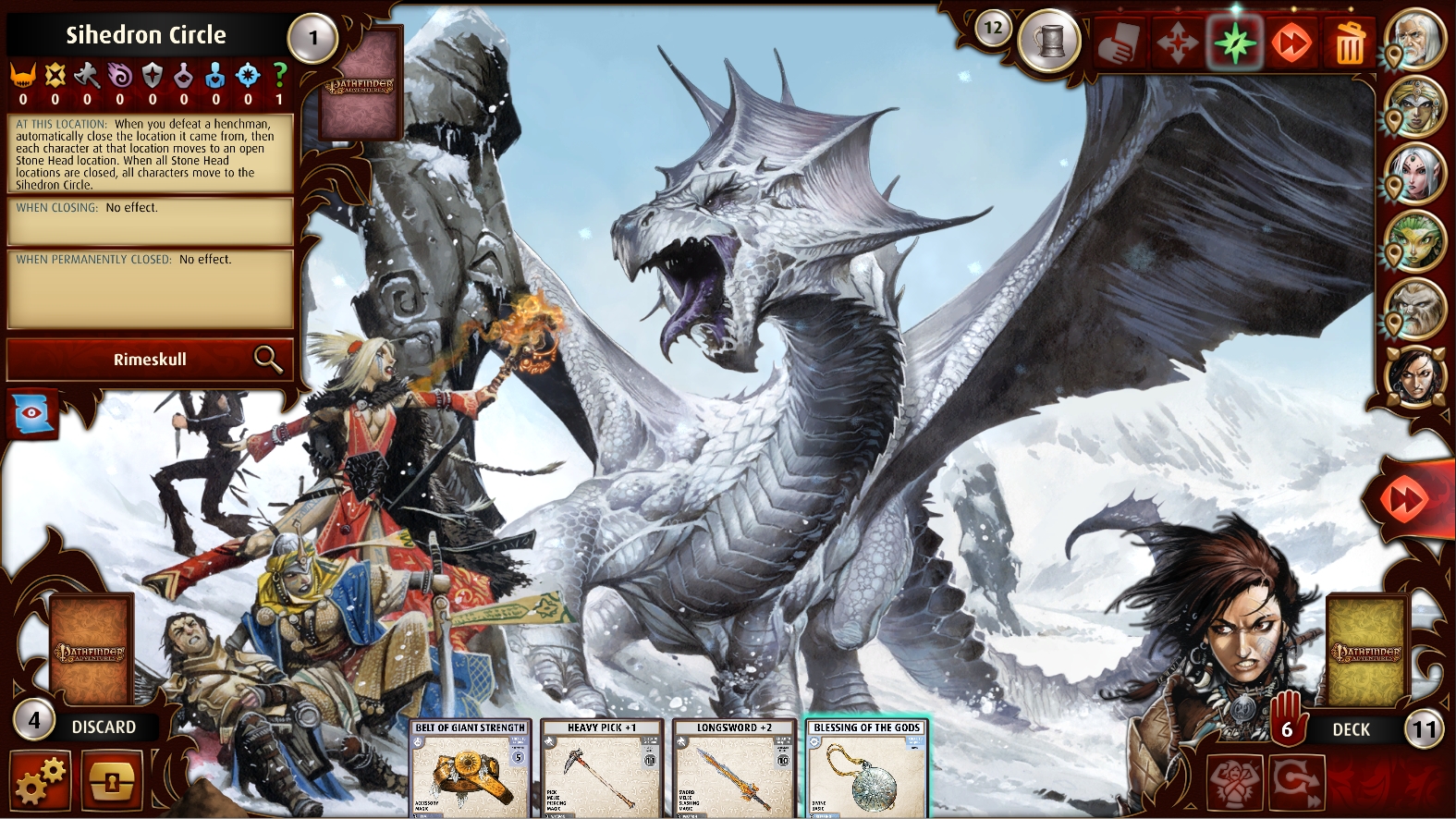 This location background is one of my favorite Pathfinder art pieces.

Another of my favorite scenarios features not one, not two, but THREE villains. Each one more vile than the last. 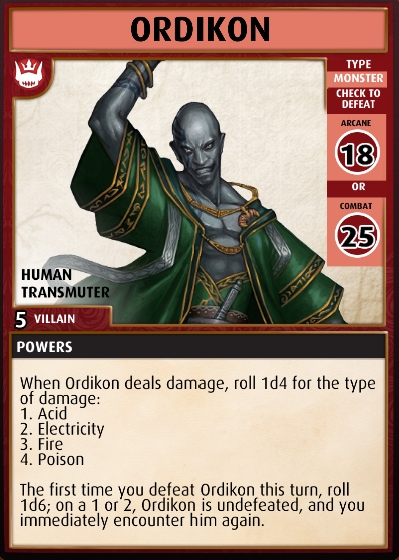 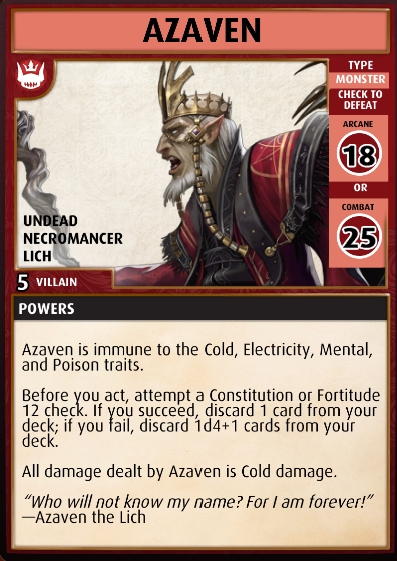 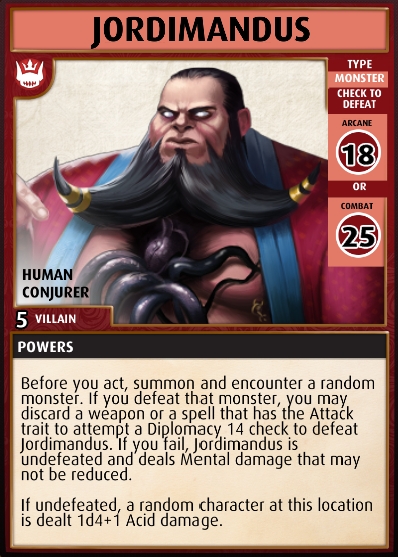 If you plan to tackle these guys in Heroic or Legendary Difficulty, plan your attack carefully. Each time a villain is defeated, the others become wiser to your ways as the difficulty to defeat a villain is increased by 5 for each villain that has been defeated. And if you didn't corner a villain the first time, he'll be back and stronger than before!

Speaking of the higher difficulties, some new wild cards have appeared across all adventures. Here's a taste...

Fortified Position: An additional barrier is shuffled into each location.

Close Quarters: Your hand size is decreased by 1.

If you make it through Deck 5's Legendary difficulties, a fantastic new blessing gets added to your collection. The Blessing of Thassilonian Virtues asks you to forsake other gods, banishing another blessing in order to acquire it. Once you've bought into the seven "virtues" that ancient wizards used to grow in power, all spells become easy to find, you own any place you find yourself, and you can mock the gods of Galarion at your leisure. 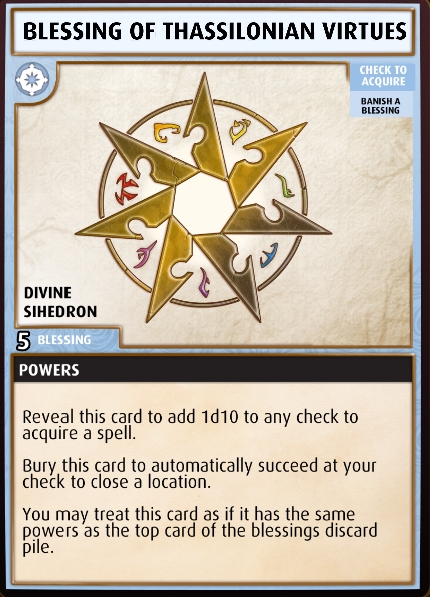 And for those of you with the bundle, life isn't complete without some armor made with the skill, precision, and love that only a goblin can give. 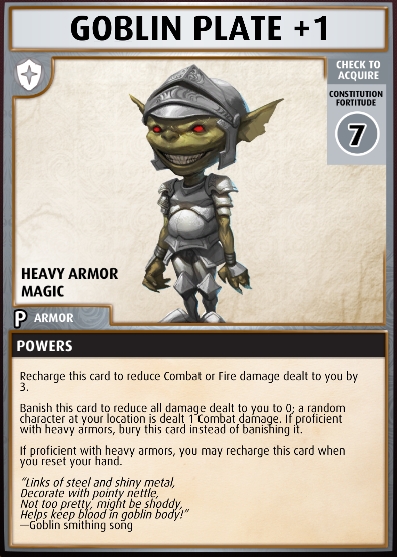 First, "Unity" blessings. These are similar to blessings you have seen before, but have the ability amplify their power if you played on the right check on another character at your location. Clever characters in a party with Unity cards will hold blessings for each other to use, rather than keeping only blessings that fit themselves. 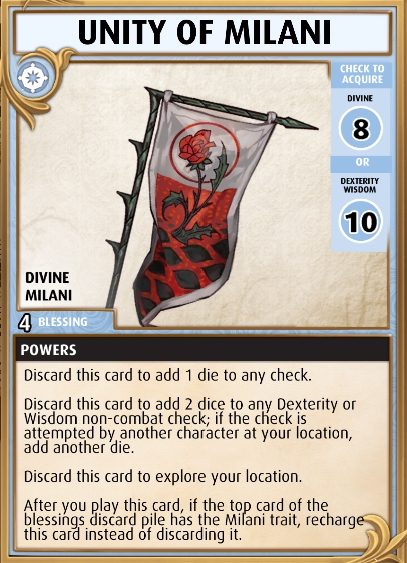 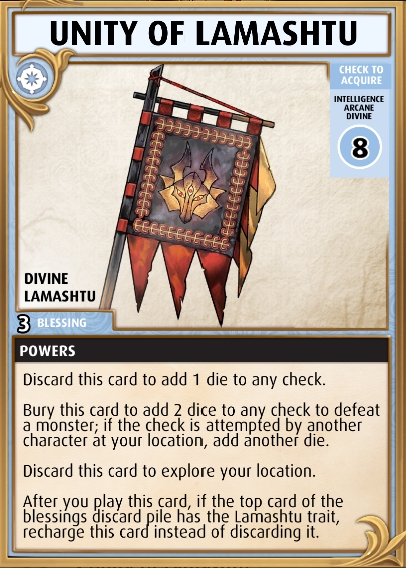 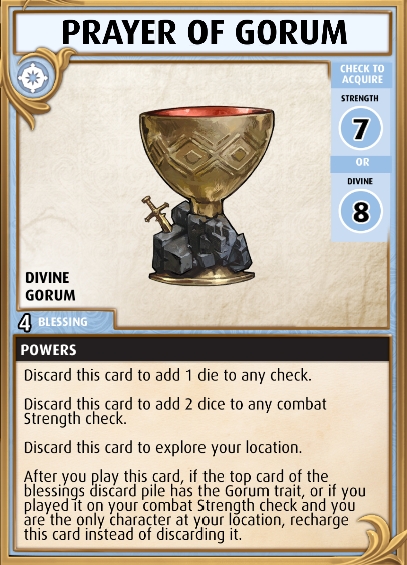 And as a bonus, we figured that it's about time you had the chance to ally with an orc. A show of force will bring him to your side, and he'll bring a savage beating upon your enemies. You'll be happy he has your back when you are facing your third villain in a row. 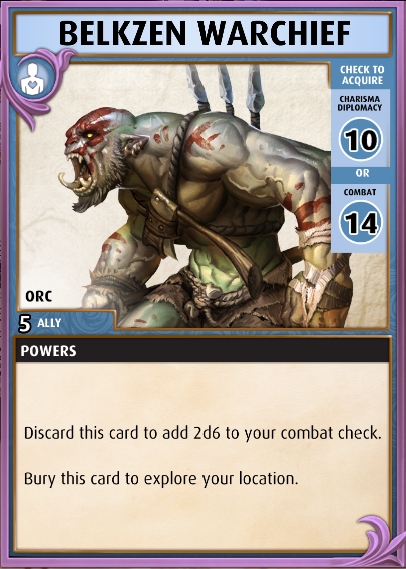 Many of you are champing at the bit to go beyond Tier 3 in Quest Mode, we are working on a number of improvements, and unfortunately don't have the Tier 4 scenarios ready yet. We were able to get a big revision to our leveling system. You'll no longer get Basic cards for gaining levels anymore and each class has a customized advancement track. Here's a look at Seoni's! 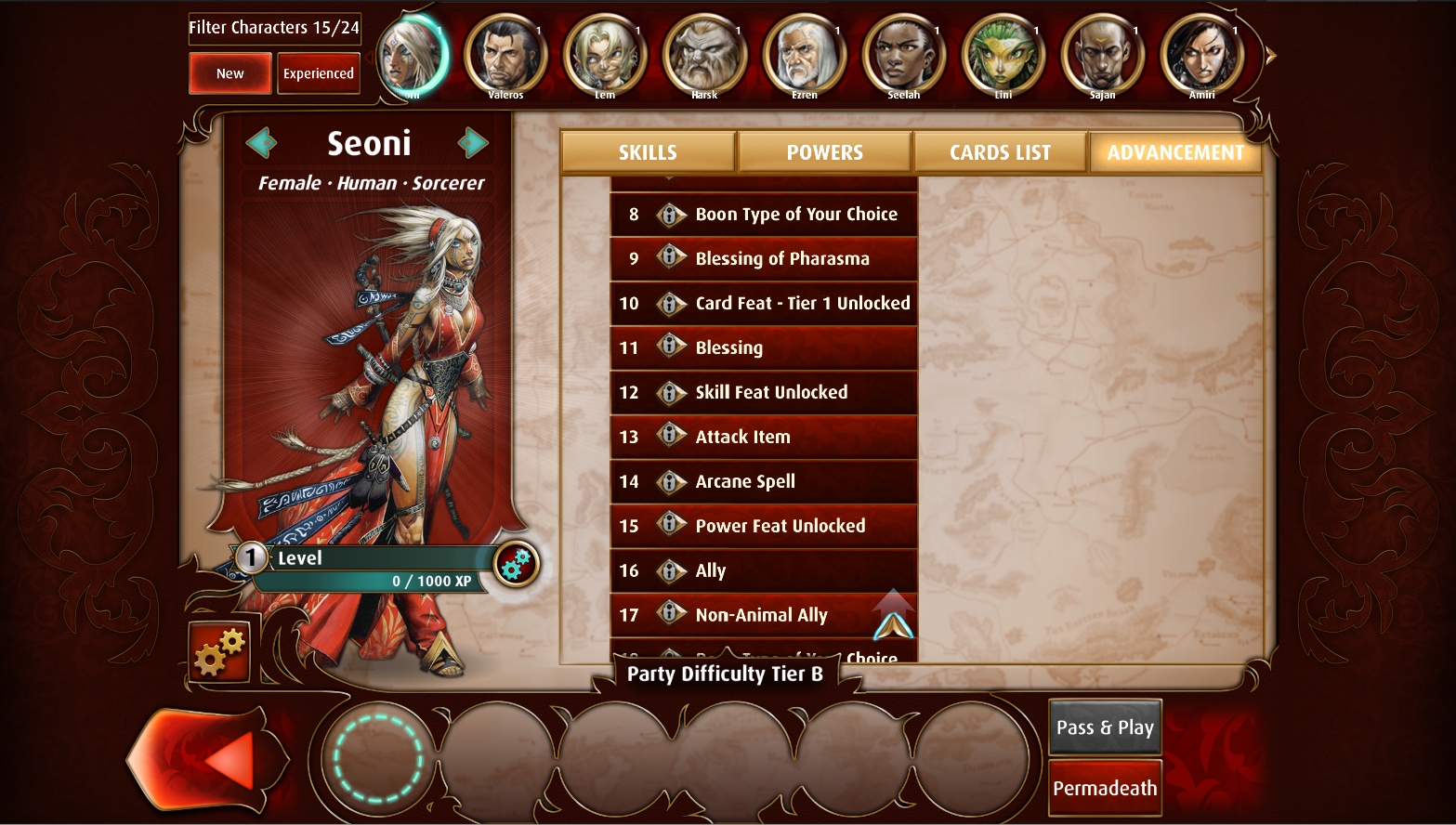 Note that she is no longer getting Weapons, Armor or Divine Spells. Instead she's getting some custom things like an Attack Item, an Arcane Spell, and a Blessing of Pharasma!

And last but not least, here's a sneak peek at something coming with the release of Deck 6. Leaving this here with no comment... 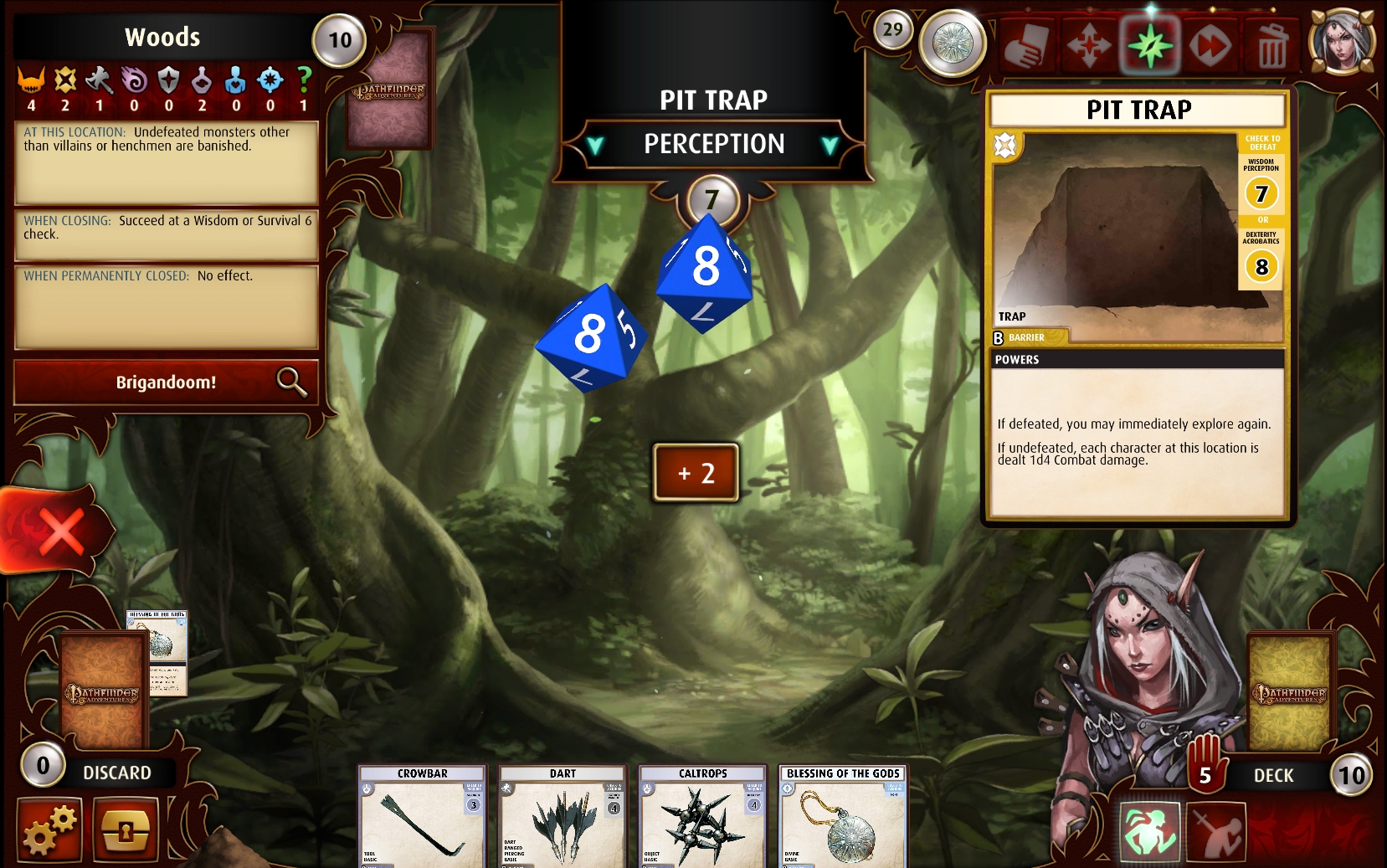