My Votary keeps attacking a fallen enemy forever, next fight my party can't attack at all! 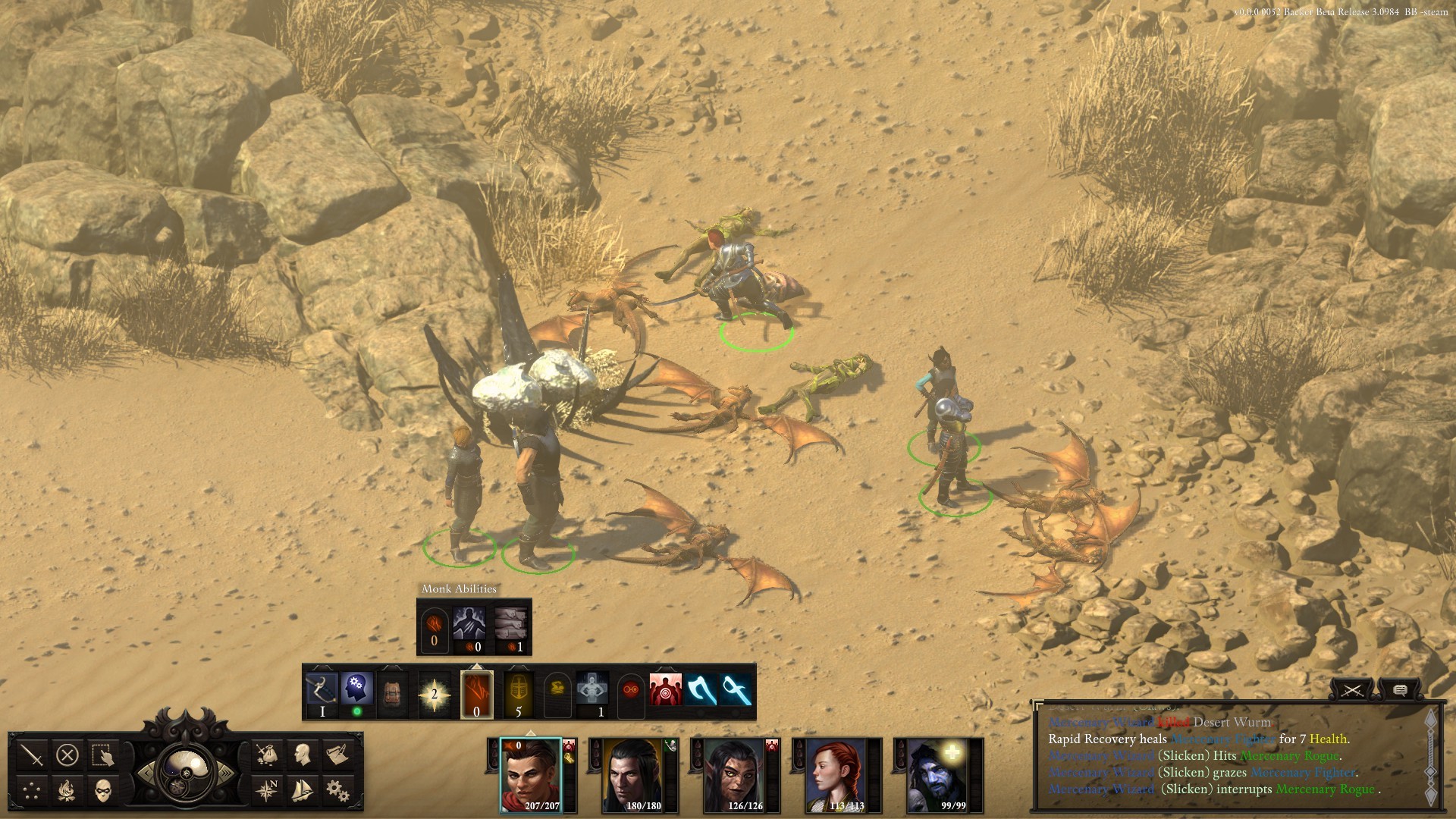 Look carefully at the image above, the fight's over some minute ago in real time, but my Votary just keeps attacking a fallen enemy.

Thankfully, I could save while doing this.

It gets worse. Moving on to the next encounter right nearby, literally to the right on the ruins exterior map, no single character in my party can attack. It doesn't matter, what I select, nothing happens. They remain passive, but their programmed combat twitch responses trigger, so Milla, my Votary here, dispassionately swings her battleaxe backwards now and then.

This time, I had no AI active, so cleverly I thought I had solved it when I had all of my characters auto AI on these enemies, and my party members started doing their things, casting spells and so forth, but as soon as my main character swung her first attack the entire game crashed on me! This was the first fight in this playthrough, and then the second. I had just forgotten to level up the priest.

A reload took care of it all - everything looks cool, but pretty bad bug.