HELP GOT GAME FOR GOG ACCIDENTLY! 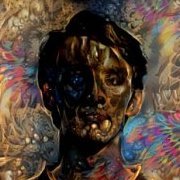 Help, I bought the game off steam, but bought the expansion pass of GoG, is there any way I can bring it into my steam account?