I would like to point out two minor problems with the game that I encountered so far.

1) Since patch 1.04 I noticed that whenever I select one of my characters when the game is paused, they will not speak their line e.g. Aloth's "Yes?". When I unpause the game the first character that I selected will speak, or finish thier line (it pauses when I pause the game). This has occurred only after the latest patch. I don't know if it was intended to work that way, but it sounds strange.

2) I noticed that in certain battles, my characters would run in some random direction when I ordered them to do something and then selecting someone else. After some time I discovered what was the reason for this. Whenever my screen is in such a position that the UI with portraits is over something that can be selected with magnifying glass, when I selected one of my characters, by clicking on the portrait, previously selected character would run up to "inspect" the thing, cancelling my previous order. This was especially visible in a major fight in the 8th level of Od Nua with a certain Fampyr on a giant hand. On the screenshot below I have my mouse over my main character's portrait and you can see that the magnifying glass is also selectable (I'm not pressing tab): 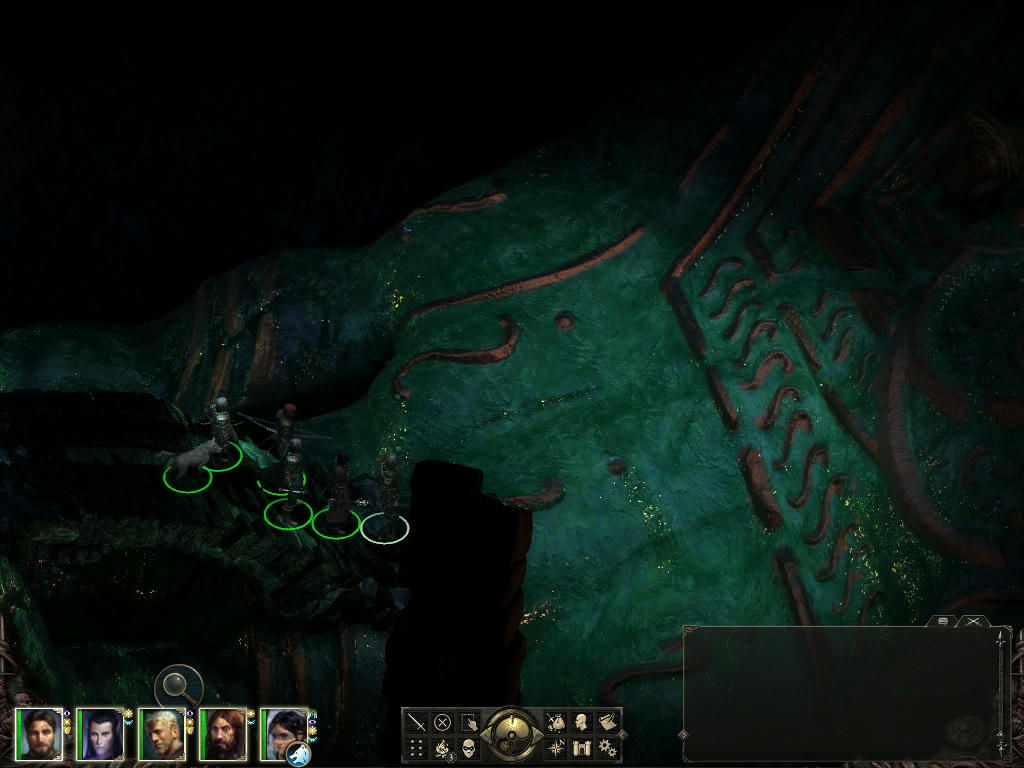