When transitioning from interior to exterior areas, instead of loading up the exterior, I encounter a black screen.  Music plays, the menu UI can be loaded even after wating >2 minutes, no exterior loads. I am unclear whether this has already been reported (possibly not).

When transition from any of the interior areas of Dryford village to the main exterior, I encounter the above error.

This occured on both my playthroughs, which were rather short and curtailed due to the seperate disappearing items when area transitioning bug.

On the second playthrough, when attempting to explore the bug, it appeared that the fault lay with the placement of the in-game camera; which had moved to a blacked out area rather than centre on the party.  I am unclear whether this was the case with the first playthrough as I had erased the files.

Thank you devs for considering the above.

- Project Eternity, Wasteland 2 and Torment: Tides of Numenera; quality cRPGs are back ! 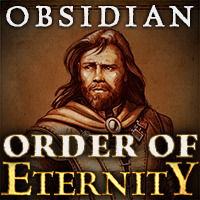