Would be great to see cosmetic options for gear. 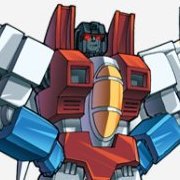 By LordBlade,
October 29, 2019 in The Outer Worlds: General Discussion (NO SPOILERS)