The new system changed a lot. For now, close to board rewards are too low compared to cannon battle.

I tested it with 2 very hard combats against avenger ships of pirates and Huana. My team is about lvl10, and the pirate avengers are like lvl19 with legendary weapons. Their abilities deal 80+dmg, 20+dmg roll + 60%SneakAttack + 60%Legendary weapon + 30%overpen. However, after a hard won melee combat, I only got a few exceptional items and 1 superb pistol. Meanwhile, cannon combat was much easier. And I got many superb items. So whats the point of harder melee combat? Cannon combat generates double exp for team and sailors. 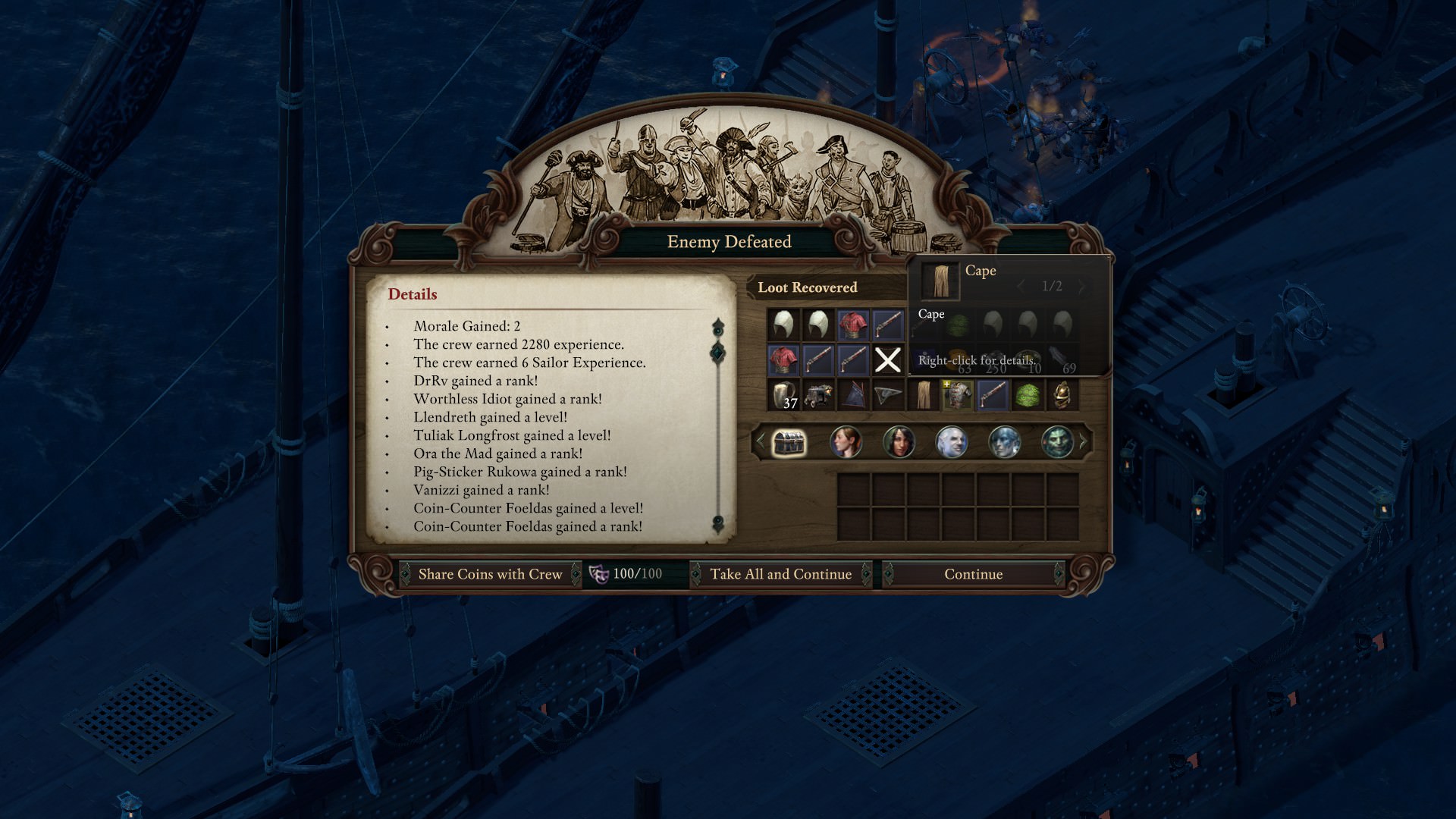 This is the melee combat loot 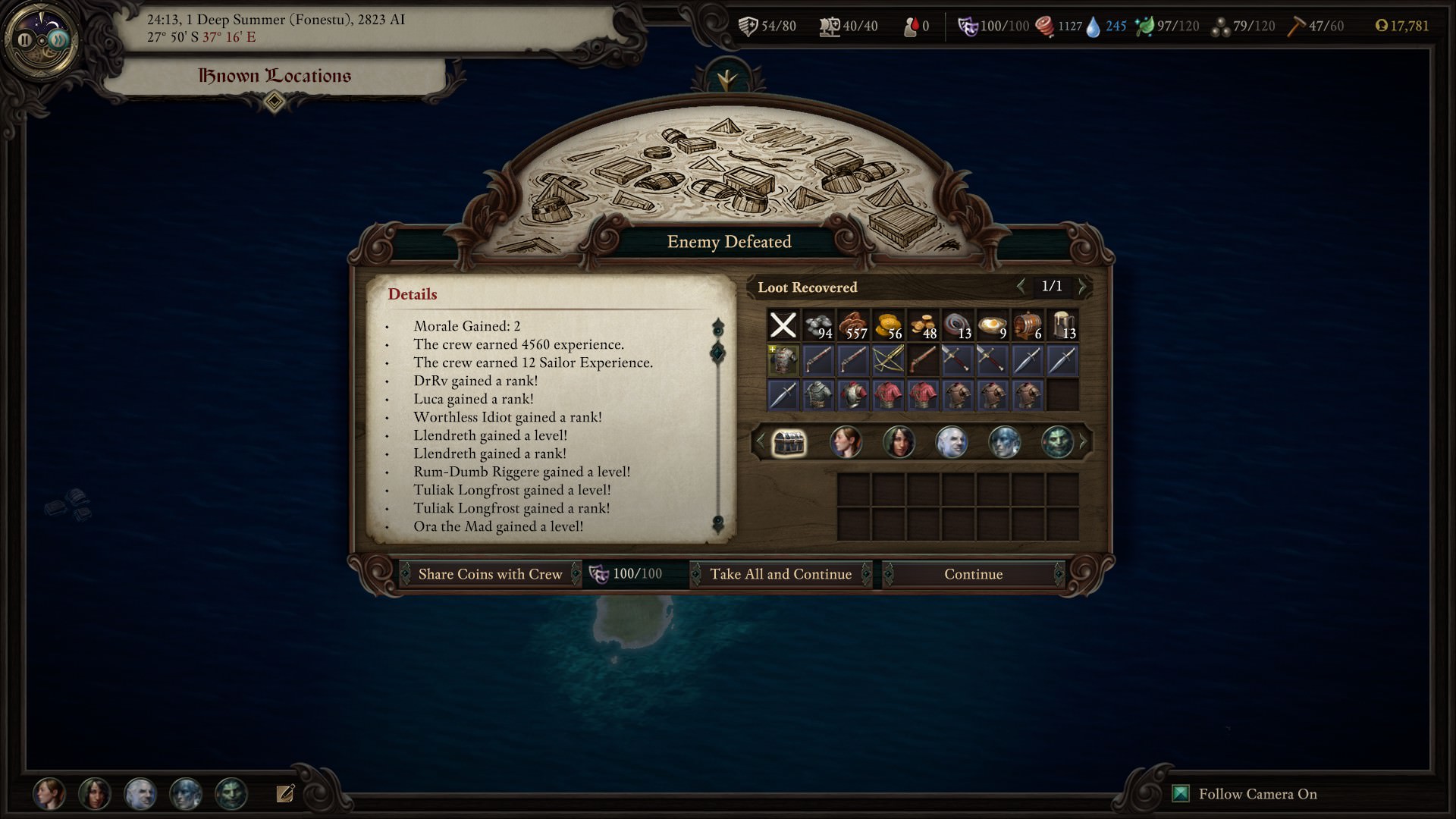 And this is the cannon loot. The networth of cannon loot is much higher than the melee loot.

Whats more, sometimes unique items could be lost as a result of melee combat. 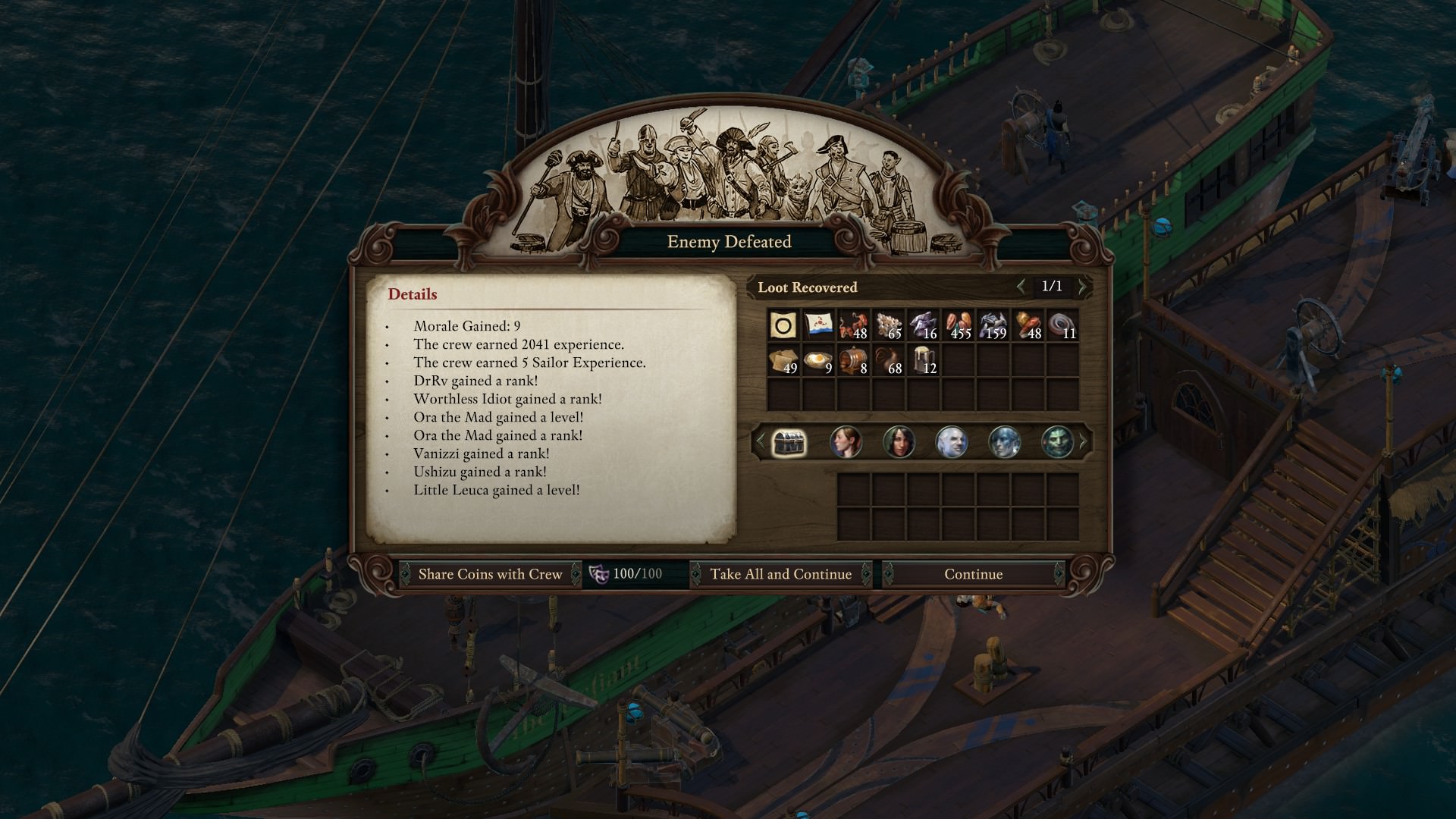 This is the melee loot of Huana Avenger Ship, 0 unique item, and only a few normal items. 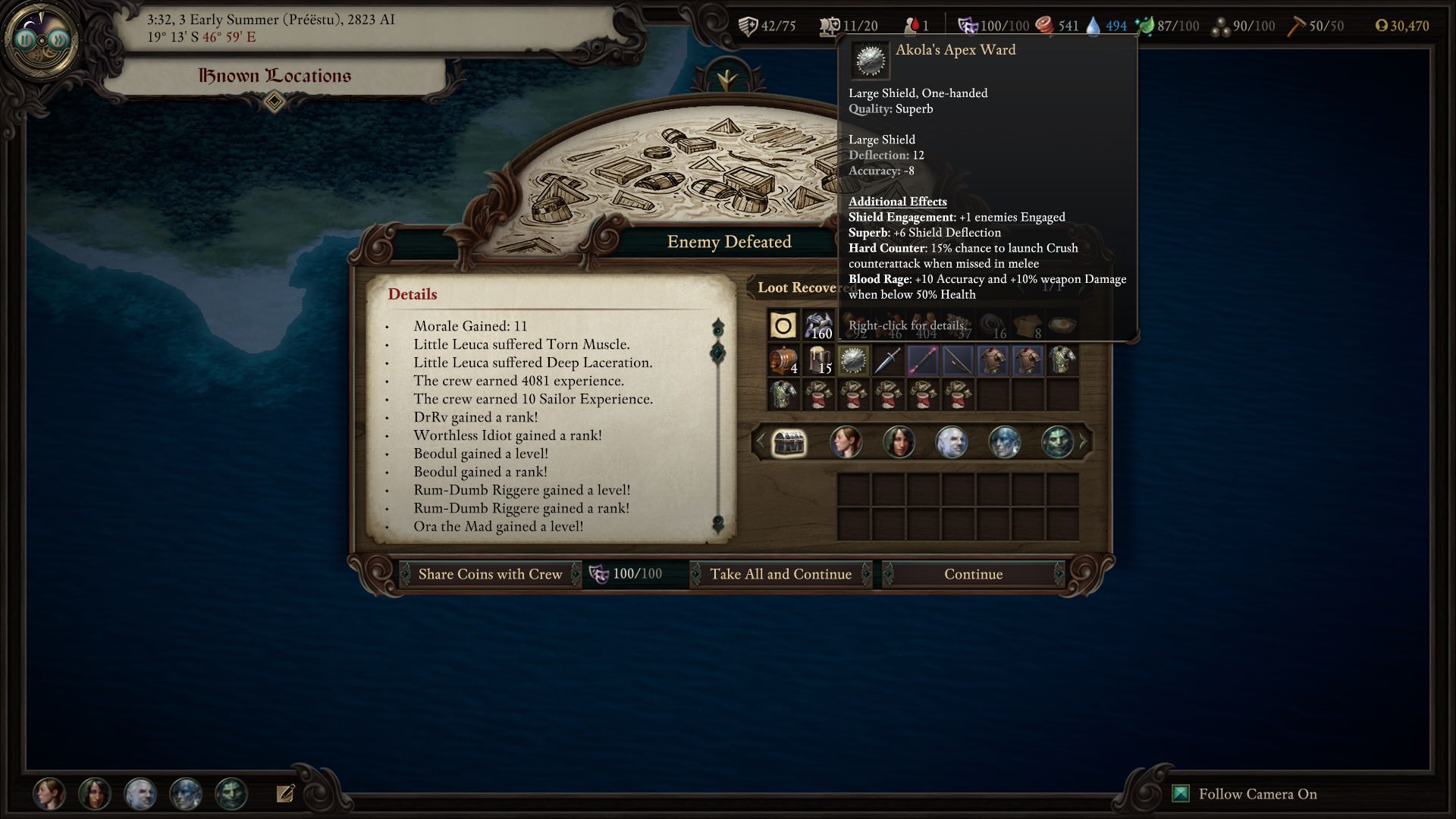 And this is the cannon loot of the same ship. A unique shield, and some enchanted items.