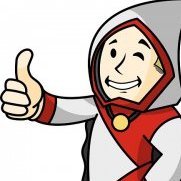 After installing the 1.05 patch, i've started a new game and noticed several problems:

- All character voices are gone. All other sounds (music,sound effects,footsteps,chapter narrations, etc.) seem to be in place, but there is no voiceover whatsoever. I'm unable to hear selected voiceset during character creation, and after the game starts, there is no single voiced line out of any of the characters.

- I can't pick a portrait for my character. The only thing i see is the red question sign. Same goes for recruitable NPCs , except for Calisca and Heodan. I tried to change the portrait in-game, but the UI for that seems to be bugged: the slider for the portraits doesn't work,  although i can change the voiceset, which is pointless due to the voiceover issue.