Hooked tool for extracting grub made and used by ravens 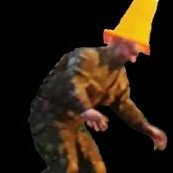