Whenever I open the crafting/enchanting menu, there are no recipes listed, it only says "No known recipes".

I have been playing for a long time thinking I had to find these recipes somewhere, but eventually I figured I should have found at least a single recipe by now and decided to google it, only to find out I was supposed to have all recipes since the beginning of the game.

I tried creating a new game to test it out, and still had the same issue.

I'm playing on the Epic Game Store v1.1.3.0007  version from the Epic Store, with no mods installed. 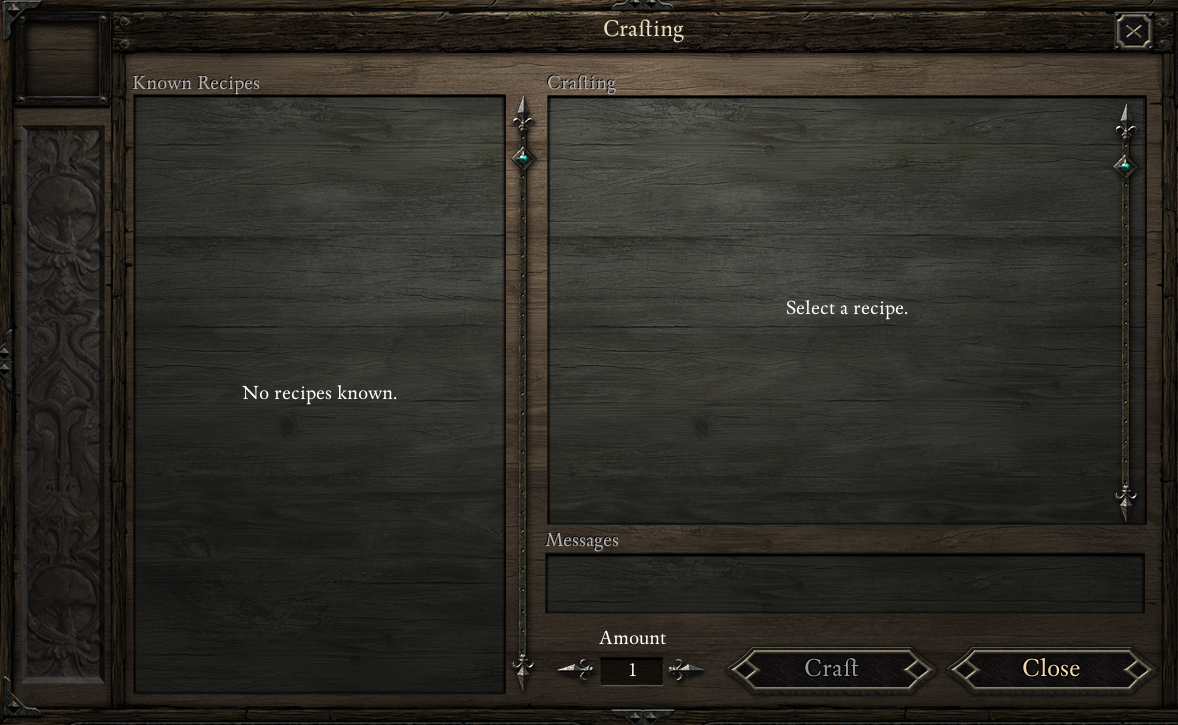