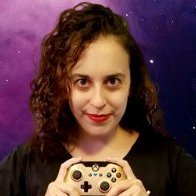 In combat (and out of it, for that matter) I am unable to cast spells with any of my characters. If I turn the AI on, they will cast spells on their own, but even when the AI is turned on they will not do it if I tell them to. I am also unable to command them to attack if we are not in combat (as a test, I tried to attack an NPC both with spells and with the attack button and neither worked.) When we are in combat, I can tell them which target to attack with their weapon and they will do that.

I completely uninstalled/reinstalled the game, but when I open my file it's the same issue. Then, if I try to quit, the game often freezes and then crashes.