In Forgotten Sanctum, when i exit scripting room (scriptory?) and get back to main hall with mages there is a scene where egg with observer hatches, i click through dialog and then my screen gets blocked (i can see my team standing but no UI nor escape does pop up the game menu). Sometimes it's just my team standing around and sometimes it's a scene where mage plays a game with imp and calls him a cheat, and sometimes it's a part of scene with mage and imp and then camera moves to my team and gets blocked (no freeze, they're moving while standing and lights play with shadows). I believe it should play a scene where big tentacle should destroy part of the bridge (i've seen this scene when i got into the hall accidentaly and failed some quests, so i just loaded and did quest line properly). The way back from scripting room is blocked (i killed the dreaming guy and it locked my path back) the quest gate is locked (i have only one item so far) and i can only move between those two rooms or go to main hall. I've let it play in the background for quite some time and nothing happens.  I've tried several loads and it's always the same, as if some trigger just didn't work because of my past actions.

Any idea how to force scripts to trigger? (maybe some command to trigger quest checkpoints as in Skyrim?) 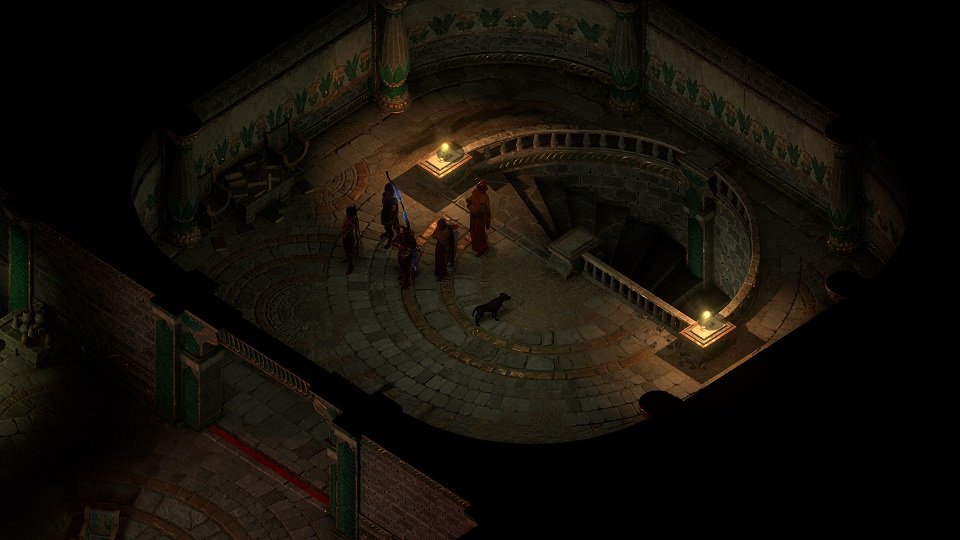 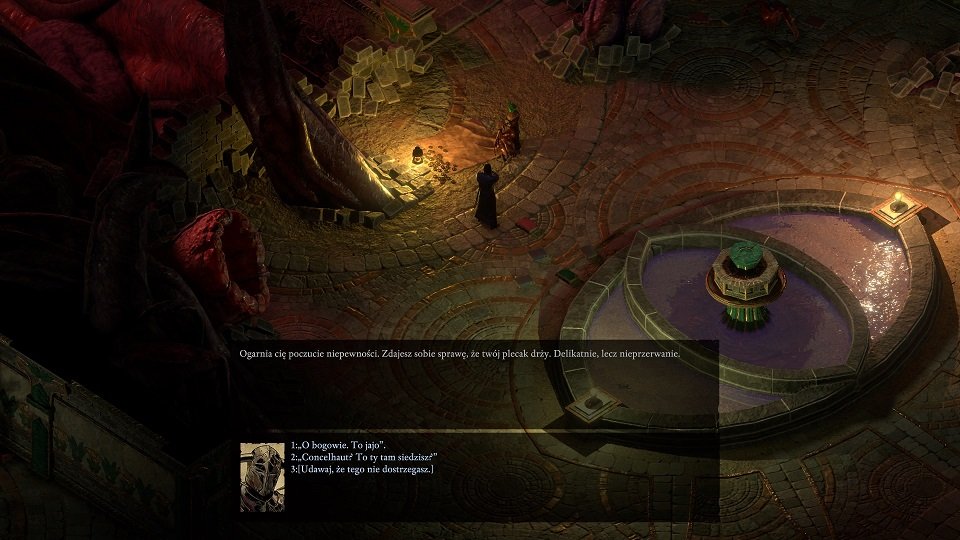