Let's talk about the map 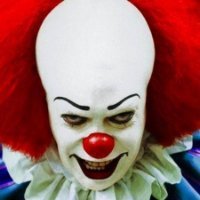 By WDeranged,
September 15, 2012 in Pillars of Eternity: General Discussion (NO SPOILERS)