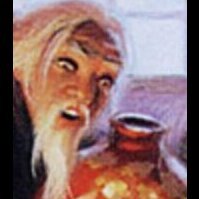 By Corey Ashley,
August 3, 2020 in Grounded: Feedback and Suggestions