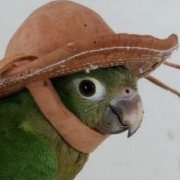 By The Red Dugong,
November 5, 2019 in The Outer Worlds: Technical Support (Spoiler Warning!)