Fail the Huana (Taking out the Traders), join the Huana, get infinite copper

And an achievement for finishing the Huana storyline. Even though you, you know... failed it.

Steps; Instead of joining Huana say "I'll think about it"... you still get the bomb and stuff (though this was intentional since I could give them to the Hazunai) and the journal.

Then fail it in the throneroom (not admitting blowing it up or she'll be gone). Then go to the roof and admit you want to join them and BAM. Allies, achievement and 4000 copper each time you repeat this conversation.

Have a savegame (of the last part, I did the whole 'I'll think about it' before even finishing the Beast of Winter content maaaaany hours before); 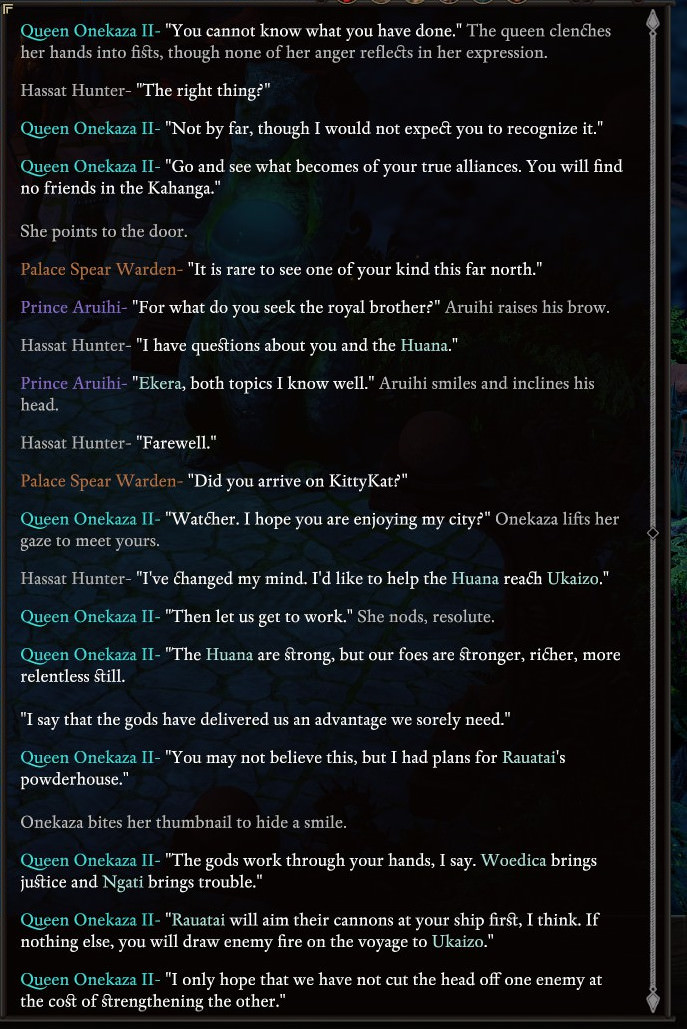 I agree that that is such a stupid idiotic pathetic garbage hateful retarded scumbag evil satanic nazi like term ever created. At least top 5.